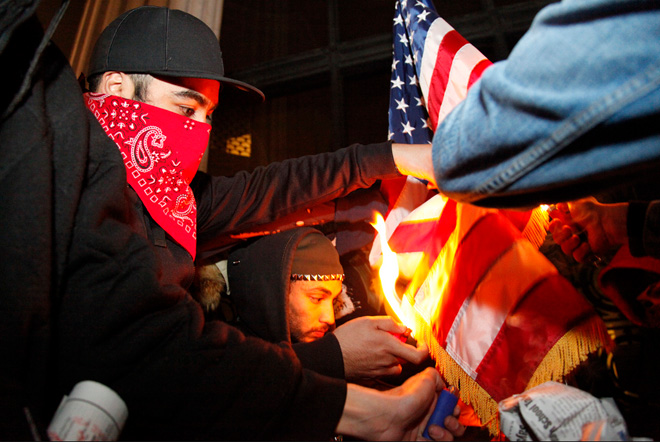 Sometimes Anonymous gets mad — like when PayPal and Visa cut off donations to WikiLeaks on the flimsiest of justifications. Sometimes chunks of the populace gets mad, like when the Occupy Movement brought into focus what any close observer of the finance industry knows: The finance industry is no longer about funding enterprises and is largely focused now on finding an edge to bleed money from the productive economy and sucker citizens.

The inequalities are so obvious even a monkey can see them. And in fact, monkeys do see them.

Of course, the problem of figuring out what’s fair and what’s not is usually a lot harder than deciding between getting a grape and a cucumber slice for equal work, but sometimes the world makes it pretty easy to see, even if the inequality proves hard to change.