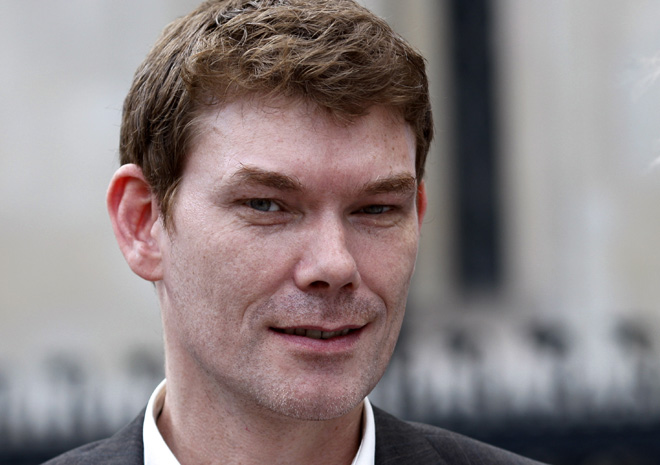 Accused British hacker Gary McKinnon has won his 10-year battle to resist extradition to the U.S. on charges that he hacked Pentagon computers in the U.S.

U.K. Home Secretary Theresa May announced on Tuesday that her office would block the U.S. extradition request on human rights grounds, since McKinnon, 46, was at high risk of suicide were he to be sent to the U.S. to face trial.

“I have concluded that Mr. McKinnon’s extradition would give rise to such a high risk of him ending his life, that the decision to extradite would be incompatible with Mr. McKinnon’s human rights,” May said.

It marks the first time that the U.K. has blocked an extradition request since signing a treaty with the U.S. in 2003, according to the Guardian.

McKinnon, who was dubbed the “biggest military computer hack of all time” by U.S. authorities, has admitted to accessing U.S. government computers more than a decade ago, but claims he did so only to find proof of a military coverup regarding the existence of UFO’s.

McKinnon has been accused of hacking into more than 90 unclassified Pentagon and NASA systems in 2001 and 2002, causing some of them to crash. Authorities say his actions led to $900,000 in damages.

McKinnon allegedly left a message on one Army computer he breached in 2002, saying, “U.S. foreign policy is akin to government-sponsored terrorism these day…. It was not a mistake that there was a huge security stand down on September 11 last year…. I am SOLO. I will continue to disrupt at the highest levels.”

McKinnon was facing a sentence of between six months and six-and-a-half years in prison under federal sentencing guidelines, but in 2003, he rejected a plea offer that would have had him serving a prison sentence in the U.S. of just six to 12 months at a low-security facility, followed by a transfer back to the U.K. for a six-month parole.

He fought extradition in part by insisting that the U.S. planned to ship him off to Guantanamo Bay, and has spent a decade – nine years more than he would have spent in prison had he accepted the plea deal – keeping the case alive in the U.K. media.

McKinnon and his supporters argued that he should be tried in the U.K., since that was the location from which he allegedly committed his crimes.

McKinnon lost previous appeals in the High Court, the House of Lords and European Court of Human Rights. But two years ago a High Court judge ruled that McKinnon, who suffers from Asperger’s syndrome and depression, could be at risk of suicide if he were extradited to the U.S., which led the Home Office to conduct a psychiatric investigation. Psychiatric examiners concurred that McKinnon was at risk of suicide if extradited.

McKinnon’s case has shone a spotlight on the U.S.-U.K. extradition treaty, which U.K. critics say make it too easy for U.S. authorities to extradite U.K. citizens. May announced on Tuesday that she would introduce a so-called “forum bar” to determine if a British court should be given the power to bar prosecutions overseas if it believes the accused would get a more fair trial in the U.K.