Supreme Court to Rule on Patents for Self-Replicating Products 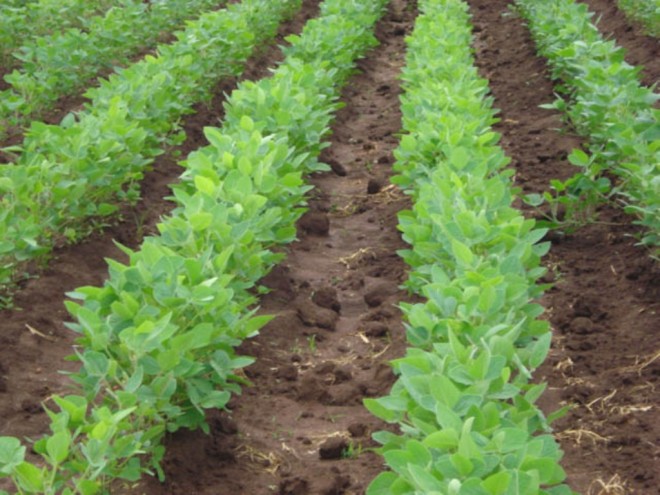 Imagine a licensing agreement for buying seeds that allows them to be used only once a season. They cannot be resold for planting, and cannot be used for research, crop breeding or seed production.

Those indeed are the terms of seed giant Monsanto’s licensing agreement for its “Roundup Ready” soybeans, regardless of how unnatural the conditions may seem when it comes to farming. This is farming in the age of patented, genetically modified organisms, which in this case concerns soybean crops that withstand herbicide.

The Supreme Court is weighing in on the soybean patents, agreeing to hear an appeal by a Knox County, Indiana soybean farmer who was ordered to pay $84,456 in damages and costs to Monsanto in 2009 for infringing those patents.

Farmer Vernon Bowman’s dirty deed? The 74-year-old bought soybean seed from a local grain elevator that was contaminated with the patented seed, which he used to produce beans on his 299 acres.

The case addresses the question of how far down the stream of commerce — in this instance the farming cycle — can a company control its patents, especially for products like soybeans that easily self-replicate. A lower court, an appeals court and even the Obama administration maintain the stream is virtually endless.

The administration told the Supreme Court in a filing that the justices should not concern themselves with the possibility that such rigid patent protectionism could undermine traditional farming techniques, where parts of one harvest are often used to produce the next. The administration said Congress “is better equipped than this court” (.pdf) to consider those concerns.

If the farmer’s view were adopted, the government argued, “the first authorized sale of a single Roundup Ready soybean would extinguish all of [Monsanto’s] patent rights to that soybean and to its progeny.”

Monsanto agreed, telling the court that if it sided with the farmer, such a decision would doom its business model.

“Without reasonable license restrictions prohibiting the replanting of second- and later-generation soybeans, Monsanto’s ability to protect its patented technology would effectively be lost as soon as the first generation of the product was introduced into the market,” the agriculture giant told the high court in a filing.

Farmer Bowman began purchasing Monsanto’s patented seeds in 1999 and, because of the licensing agreement, did not save any of the seed for future planting. But he also bought so-called “commodity” seed from a local grain elevator, which acts as a clearinghouse for farmers to buy and sell seed.

But given that more than 90 percent of the soybeans planted in the area were Roundup Ready crops, the elevator’s seed was contaminated with Monsanto’s patented seed.

Farmer Bowman planted that commodity seed, which was substantially cheaper to purchase, to produce a second, late-season crop, which is generally more risky and lower yielding. He then used seeds generated in one late-season harvest to help produce subsequent late-season crops.

Monsanto sued him for patent infringement, and he lost.

“Even if Monsanto’s patent rights in the commodity seeds are exhausted, such a conclusion would be of no consequence because once a grower, like Bowman, plants the commodity seeds containing Monsanto’s Roundup Ready technology and the next generation of seed develops, the grower has created a newly infringing article,” the U.S. Court of Appeals for the Federal Circuit ruled last year.

The court noted that, once Monsanto’s patent genie is out of the bottle, Monsanto controls the soybean landscape.

“While farmers, like Bowman, may have the right to use commodity seeds as feed, or for any other conceivable use, they cannot ‘replicate’ Monsanto’s patented technology by planting it in the ground to create newly infringing genetic material, seeds, and plants,” the appeals court added.

Bowman appealed, urging the Supreme Court to analyze whether the law allows patent holders to “continue to assert patent rights after an authorized sale.”

Monsanto’s licensing terms allowed farmers to sell the seed produced by one Roundup Ready crop to grain elevators. But the terms also forbid unauthorized planting of those seeds.

“Practically, this issue affects every farmer in the country and the method of planting that farmers such as Mr. Bowman have used for generations,” Bowman’s attorneys wrote in their petition to the Supreme Court.

The court, which decided Monday to review the case, did not indicate when it would hold oral arguments.