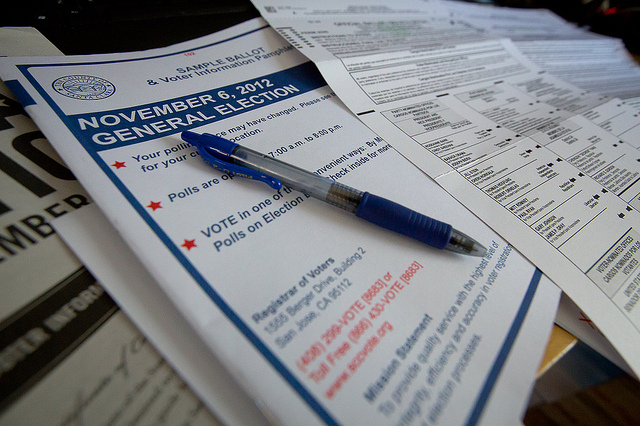 Immediately following the passage of a California proposition that would dramatically curtail the online, First Amendment rights of registered sex offenders, two civil rights groups filed a lawsuit to block parts of the overwhelmingly approved measure.

Proposition 35, which passed with 81 percent of the vote Tuesday, would require that anyone who is a registered sex offender — including people with misdemeanor offenses such as indecent exposure and whose offenses were not related to activity on the internet — would have to turn over to law enforcement a list of all identifiers they use online as well as a list of service providers they use.

The Californians Against Sexual Exploitation Act would force sex offenders to fork over to law enforcement their e-mail addresses, user and screen names, or any other identifier they used for instant messaging, for social networking sites or at online forums and in internet chat rooms.

The American Civil Liberties Union and the Electronic Frontier Foundation, which filed their suit (.pdf) on behalf of two registered sex offenders, say that although the measure is vaguely worded, in practice it likely means that registered sex offenders would have to provide user and screen names that they use for participation in online political discussion groups, forums about medical conditions, and even the comment sections of online newspapers and blogs.

“Requiring people to give up their right to speak freely and anonymously about civic matters is unconstitutional, and restrictions like this damage robust discussion and debate on important and controversial topics,” says Hanni Fakhoury, an EFF attorney. “When the government starts gathering online profiles for one class of people, we all need to worry about the precedent it sets.”

The lawsuit, filed in San Francisco federal court, is demanding that a judge immediately block the measure’s internet-reporting provisions. No hearing has been set.

Michael Risher, an ACLU attorney, said Californians should be concerned that even though the bill only affects registered sex offenders now, the law creates a slippery slope for the same requirements to be applied to others.

He points, for example, to a California DNA-collection law that has expanded dramatically beyond the people it first targeted. Initially, the law required only those convicted of sex offenses and serious felonies to provide authorities with a DNA sample to be included in a state and federal database. But in 2004, this expanded to anyone convicted of a felony, and in 2009, to anyone simply arrested for a felony.

While voters might have passed the measure because they don’t care about the rights of sex offenders, Risher says, “The ability to speak freely and even anonymously is crucial for free speech to remain free for all of us.”

The measure would currently affect some 73,000 sex offenders registered in California, but the law also requires those convicted of human trafficking to register as sex offenders, thus widening the pool of people affected.

Those who breach the new requirements could be found in violation of their post-prison supervision requirements or in breach of sex-offender registration laws that require offenders to provide authorities with their residential address whenever they move. Sex offenders must turn over their online information to the law enforcement agency where they are registered, but those agencies may share the data with the California Department of Justice.