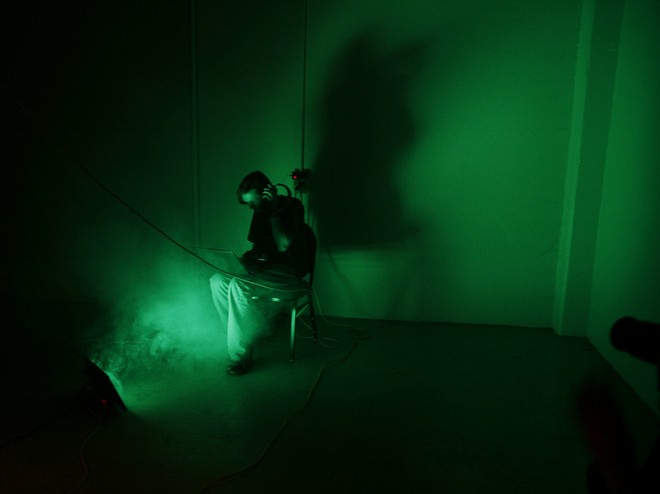 A federal judge is ordering the Justice Department to disclose more information about its so-called “Going Dark” program, an initiative to extend its ability to wiretap virtually all forms of electronic communications.

The ruling by U.S. District Judge Richard Seeborg of San Francisco concerns the Communications Assistance for Law Enforcement Act, or CALEA. Passed in 1994, the law initially ordered phone companies to make their systems conform to a wiretap standard for real-time surveillance. The Federal Communications Commission extended CALEA in 2005 to apply to broadband providers like ISPs and colleges, but services like Google Talk, Skype or Facebook and encrypted enterprise Blackberry communications are not covered.

The FBI has long clamored that these other communication services would become havens for criminals and that the feds would be left unable to surveil them, even though documents acquired by Wired shows that the FBI’s wiretapping system is robust and advanced.

Little is known about the “Going Dark” program, though the FBI’s 2011 proposal to require backdoors in encryption found no backers in the White House. The FBI has never publicly reported a single instance in the last five years where encryption has prevented them from getting at the plaintext of messages.

The Electronic Frontier Foundation sought information about the “Going Dark” program, via a Freedom of Information Act claim with the Justice Department, amid concerns that the Federal Bureau of Investigation is trying to expand backdoors into these and other services. Law enforcement officials privately complain they are running into cases where criminals are using online communication tools that aren’t wiretap-able in real-time, because the provider had not built in that capability or was not required to build the backdoor.

Among other things, the FOIA claims sought documents concerning “any communications or discussions with the operators of communications systems or networks (including, but not limited to, those providing encrypted communications, social networking, and peer-to-peer messaging services), or with equipment manufacturers and vendors, concerning technical difficulties the DOJ has encountered in conducting authorized electronic surveillance.”

The government, however, has withheld the bulk of relevant information on the topic, a move the judge said Tuesday was wrong. The government claimed the material it did not forward to the EFF — some 2,000 pages in all — was “non-responsive” or outside the scope of what the EFF was seeking.

Seeborg was not buying it.

…”The government is directed to conduct a further review of the materials previously withheld as non-responsive. In conducting such review, the presumption should be that information located on the same page, or in close proximity to undisputedly responsive material is likely to qualify as information that in ‘any sense sheds light on, amplifies, or enlarges upon’ the plainly responsive material, and that it should therefore be produced, absent an applicable exemption.” (.pdf)

Jennifer Lynch, an EFF attorney on the case, said the documents the government did turn over don’t say much at all.

“I don’t think they provide much information that we don’t already know,” she said. “We know the Justice Department and especially the FBI say they can’t get access to data they are entitled to under electronic surveillance laws because some providers are not forced to comply with CALEA.”

Judge Seeborg did not set a timeline for the government to comply.