Climate change is big business (for the insurance industry) 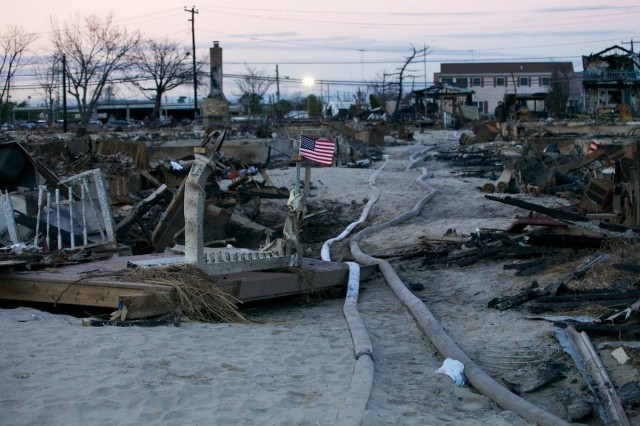 Although many industries have fought to prevent action on climate change, there's at least one major business that's taking it seriously, according to a recent perspective in Science. Climate change is estimated to cost the world economy $1.2 trillion annually, which is proving to be a stress test for the insurance industry. Lest you think that's a niche concern, insurance accounts for seven percent of the global economy and is the world’s largest industry.

Increasingly, weather and climate related catastrophes are costing insurers. The number of weather-related loss events in North America has nearly quintupled in the past three decades, according to a recent report from MunichRe. Sandy alone cost New York and New Jersey $80 billion, affecting individuals and business, and impacting health. Claims have more than doubled each decade since the 1980s (adjusted for inflation) and paid claims now average $50 billion a year worldwide.

Many insurers are using climate science to better quantify and diversify their exposure, more accurately price and communicate risk, and target adaptation and loss-prevention efforts. They also analyze their extensive databases of historical weather- and climate-related losses, for both large- and small-scale events. But insurance modeling is a distinct discipline. Unlike climate models, insurers’ models extrapolate historical data rather than simulate the climate system, and they require outputs at finer scales and shorter time frames than climate models.