How to bring down mission-critical GPS networks with $2,500 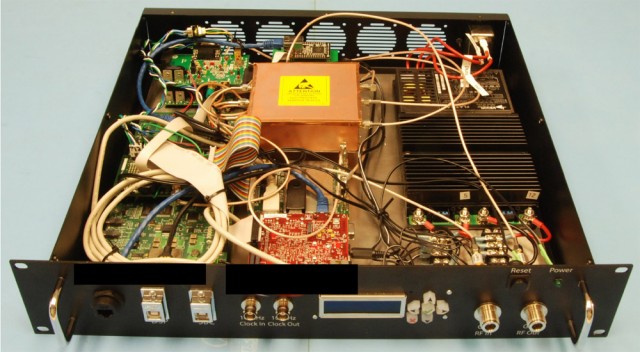 Enlarge / The phase-coherent signal synthesizer with its top cover removed. The $2,500 device can be used to severely disrupt mission-critical GPS equipment used by the military and private industry.
Nighswander et al.

Scientists have devised a series of novel and inexpensive attacks that can severely disrupt mission-critical global positioning systems relied on by the military and a variety of industrial players, including airlines, mining companies, and operators of hydroelectric plants and other critical infrastructure.

Unlike previous GPS attacks, the one developed by a team of scientists from Carnegie Mellon University and a private navigation company exploits software bugs in the underlying receivers. That allows the attacks to be stealthier and more persistent than earlier exploits, which primarily relied on signal jamming and spoofing. Prototype hardware that cost only $2,500 to build is able to cause a wide variety of GPS devices within a 30 mile radius to malfunction. Because many of those devices are nodes on special networks that make GPS signals more precise, the attacks have the effect of disrupting larger systems used in aviation, military, and critical infrastructure.

The PCSS, or phase-coherent signal synthesizer, that they developed simultaneously receives and transmits civil GPS signals. It carries out many of the same things done by spoofers used in earlier GPS attacks. But instead of merely providing false information designed to compromise the accuracy of the GPS readings, it includes data that exploits weaknesses in the firmware of nearby receivers, many of which use the Internet to share their readings with other machines. The success of the PCSS is the result of an almost complete lack of authentication in the devices that send and receive GPS signals.