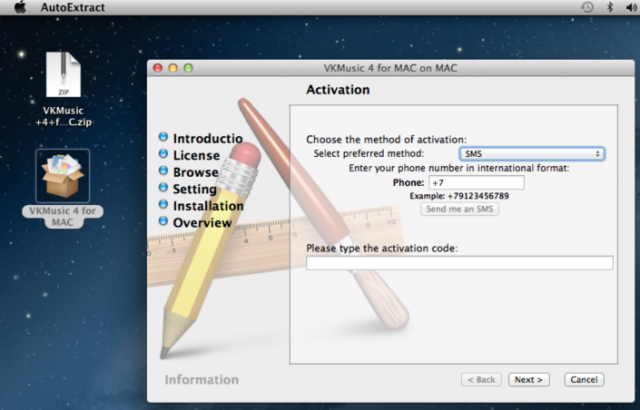 Dubbed Trojan.SMSSend.3666, the trojan masquerades as "VKMusic 4 for Mac," a name that closely resembles an app used to listen to music on a popular Russian social networking site, according to a report published on Wednesday by Russia-based antivirus provider Doctor Web. An installer prompts users for a cell phone number, purportedly as part of the registration process. Users who respond to a subsequent text message then receive a bill charged to their mobile account.