A Web developer has demonstrated a simple-to-execute exploit that allows websites to surreptitiously bombard visitors' storage devices with gigabytes of junk data.

As its name suggests, FillDisk.com loads an almost unlimited amount of data onto hard drives of people who access the site. It requires no user interaction and works with the Google Chrome, Microsoft Internet Explorer, and Apple Safari browsers. It adds 1GB of data every 16 seconds on a MacBook Pro Retina equipped with a solid state drive, according to Feross Aboukhadijeh, the Web developer and computer science grad student who created the proof-of-concept site.

FillDisk.com manipulates the Web Storage standard included in the HTML5 specification. This standard is designed to make websites easier to use by allowing them to store data on visitors' hard drives. The functionality can be useful when end users are filling out long forms; if the browser crashes before the form has been completed, the data that's already been entered will be available when the person visits the site later. The creators of the standard specifically warn that browser developers should take steps to ensure websites can't abuse the feature by writing unlimited amounts of data.

The City of Oakland is both wonderful and problematic, as Ars editor Joe Mullin and I can attest, given that we're both denizens of this fine city. It has incredible natural beauty and vibrant culture, but also a notoriously mismanaged police department and a climbing crime rate.

It’s understandable, then, that some Oakland residents would be slightly annoyed at an upcoming workshop entitled “Introduction to Lockpicking,” which was mentioned in Mayor Jean Quan’s weekly newsletter (PDF) this week. The class is one of a larger "Workshop Weekend," to be held at Tech Liminal, an Oakland co-working space, and Sudoroom, a relatively new hackerspace in downtown Oakland. (Disclosure: I am a paying member at Sudoroom.)

According to the Oakland Tribune, some Oaklanders are miffed that the city would seem to endorse such a practice—the mayor has subsequently apologized.

Adobe Flash is one of the most widely distributed products on the Internet. Because of its popularity and global install base, it is often a target of cybercriminals. Cybercriminals are using social engineering methods to distribute their malware through fake Flash update sites, often compelling unsuspecting users, who may be in need of a software update, to unknowingly install malware.

Recently, we came across the following site masquerading itself as an Adobe Flash Player update page:

The attacker’s main goal is to make sure that a successful installation occurs, and presents two options to the user for maximum return.

Option 1 is a pop-up message that requests the user to download a file named flash_player_updater.exe.

Symantec currently detects both of these files as Downloader.Ponik.

During our analysis we found that, in addition to stealing passwords, these files appear to be looking for FTP/telnet/SSH credentials for all of the popular clients currently in use. They also monitor for SMTP, IMAP, and POP3 credentials.

Although these files are the same, they exhibit different behaviors. Option 1 installs ransomware, while Option 2 installs an ad-clicking component, both for illegal revenue generation.

The flash_player_updater.exe file opens a /POST request on port 8080 to the following URL:

The Trojan then receives commands to download files from the following locations:

All three files are identical and are used by the attacker to enhance the resilience of the threat by providing further locations for the threat to contact should any one particular site be inaccessible for any reason. Symantec detects these files as Trojan.Ransomlock.Q.

Once these files are executed on the computer, a new variant of Trojan.Ransomlock.Q appears on the compromised computer.

Next, the Trojan connects to the following command-and-control (C&C) server in order to download an encrypted file onto the compromised computer before the computer is locked:

Figure 5. Note the misspelling of “cibercrime” at the bottom of the page

Another interesting observation is that the malware will detect what brand of antivirus is running on the compromised computer, and will overlay the default Windows logo with the logo of relevant anti virus company. As we already have protection in place for this threat, to test this feature properly we had to temporarily disable Norton 360 during analysis.

Figure 6. Ransomware with the Norton logo overlaying the Windows logo

Figure 7. A promise to unlock the computer that will be unfulfilled

This communication data is then sent back encrypted to the C&C server at the following location and stored for retrieval:

Good luck getting your computer unlocked.

The update_flash_player.exe file opens a /POST request on port 8080 to the following URL:

The Trojan then receives commands to download files from the following locations:

These files are then installed on the compromised computer and run silently in the background to perform click fraud.

Symantec has protection in place and detects these files as Trojan Horse.

To ensure that you do not become a victim in the first place, please ensure that your antivirus definitions are constantly updated and that your software packages are also regularly updated. Do not download updates from third-party sites and always double check the URL of the download that is being offered. 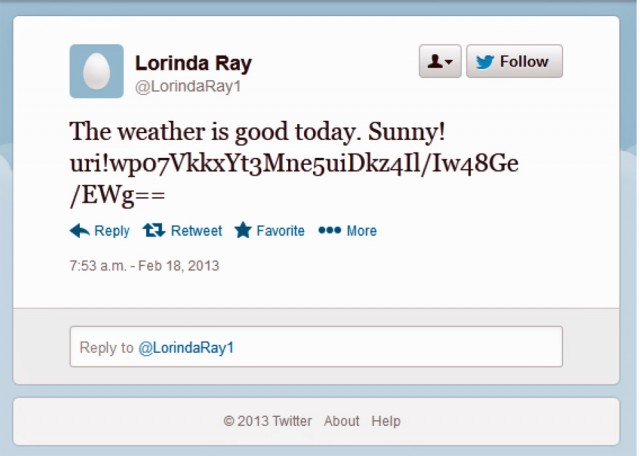