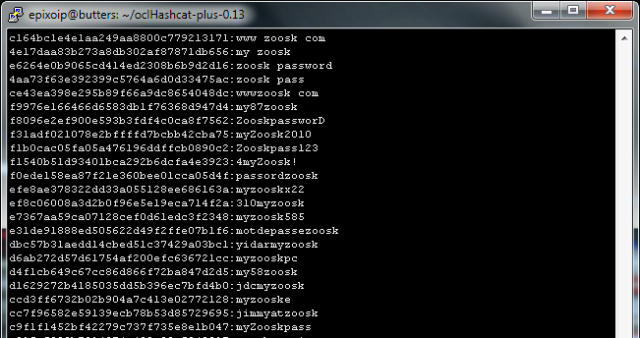 Zoosk.com, an online dating service with about 15 million unique visitors each month, is requiring some users to reset their passwords. The move comes after someone published a list cryptographically protected passcodes that may have been used by subscribers to the website.

In the past, the San Francisco-based company has said it has more than 50 million users. With this dump, a small but statistically significant percentage of the 29-million-strong password list contained the word "zoosk," an indication that at least some of the credentials may have originated with the dating site. Jeremi Gosney, a password expert at Stricture Consulting Group, said he cracked more than 90 percent of the passwords and found almost 3,000 had links to Zoosk. The cracked passcodes included phrases such as "logmein2zoosk," "zoosk password," "myzooskpass," "@zoosk," "zoosk4me," "ilovezoosk," "flirtzoosk," "zooskmail."

Other passwords contained strings such as "flirt," "lookingforlove," "lookingforguys," and "lookingforsex," another indication that they were used to access accounts at one or more dating websites. Many users choose passwords containing names, phrases, or topics related to the specific website or generic type of service they're used to access. In December, Ars profiled a 25-GPU cluster system Gosney built that's capable of trying every possible Windows passcode in the typical enterprise in less than six hours..