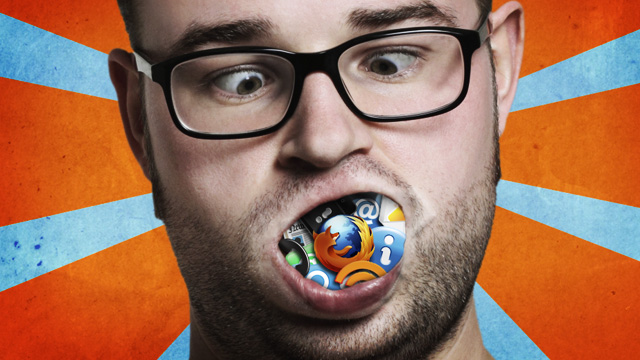 There’s a saying—"there’s no such thing as a free lunch." On the Web, however, it sure seems like there is. In the time span of a lunch break, a few keywords in a search engine promise free entertainment, just several clicks away. We all know the catch, though. These freebies can come with freeloading adware, malware, and other unwanted programs and plugins. This was particularly true in the Internet’s early days, but in the past decade, tech giants such as Google, Microsoft, and Yahoo—the three major players in search today—have deployed significant resources to prevent adware and malware from compromising their Web browsers, e-mail services, and websites. It can't be that bad in 2013, right?

Answering this question required a little experiment, one inspired by the documentary Super-Size Me. That film chronicles Morgan Spurlock’s month-long fast food “diet” during which he limited his exercise and knowledge about healthy eating, had to order everything on the McDonald’s menu at least once, and never said no to an upgrade offer. 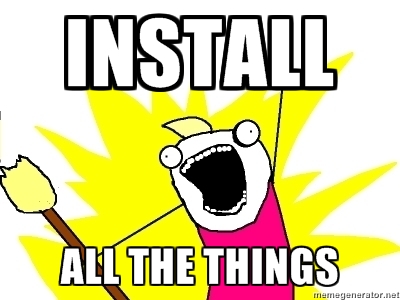 What could possibly go wrong?
Allie Brosh, Hyperbole and a Half

The Web version of this is simpler and better for an individual's (physical) health. From a clean computer fresh off an OS install, enter some of the most popular, plausible generic free keyword searches on a popular Web browser. Next, open all of the links in the search results (ads and otherwise) and download the first thing on the landing pages, recording where it went and what it did. Like Spurlock, I would limit my knowledge about what was safe or risky and take no (Internet) precautions beyond the default settings. The same rules applied for installing the program afterward. And in the Web's version of "would you like to super-size that?" I had to say yes to whatever was offered. There would be no avoiding a Web culture of excess and extras.