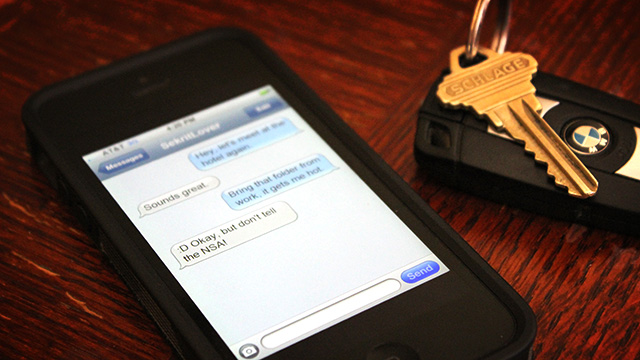 Ever since the National Security Agency's secret surveillance program came to light three weeks ago, implicated companies have issued carefully worded statements denying that government snoops have direct or wholesale access to e-mail and other sensitive customer data. The most strenuous denial came 10 days ago, when Apple said it took pains to protect personal information stored on its servers, in many cases by not collecting it in the first place.

"For example, conversations which take place over iMessage and FaceTime are protected by end-to-end encryption so no one but the sender and receiver can see or read them," company officials wrote. "Apple cannot decrypt that data. Similarly, we do not store data related to customers’ location, Map searches or Siri requests in any identifiable form."

Some cryptographers and civil liberties advocates have chafed at the claim that even Apple is unable to bypass the end-to-end encryption protecting them. After all, Apple controls the password-based authentication system that locks and unlocks customer data. More subtly, but no less important, cryptographic protections are highly nuanced things that involve huge numbers of moving parts. Choices about the types of keys that are used, the ways they're distributed, and the specific data that is and isn't encrypted have a huge effect on precisely what data is and isn't protected and under what circumstances.