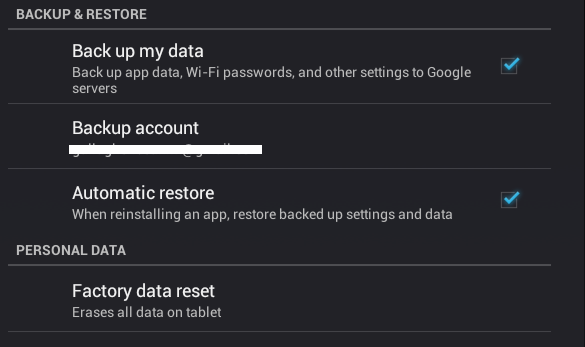 On by default on most newer Android devices, Google's Android backup stores your personal details in plaintext.

If you’re using Google’s “back up my data” feature for Android, the passwords to the Wi-Fi networks you access from your smartphone or tablet are available in plaintext to anyone with access to the data. And as a bug report submitted by an employee of the Electronic Frontier Foundation (EFF) on July 12 suggests, that leaves them wide open to harvesting by agencies like the NSA or the FBI.

“The ‘Back up my data’ option in Android is very convenient,” wrote Micah Lee, staff technologist at the EFF. “However, it means sending a lot of private information, including passwords, in plaintext to Google. This information is vulnerable to government requests for data.”

The Backup Manager app stores Android device settings in Google’s cloud, associated with the user account paired with the device; the Backup Manager interface is part of the core Android application API as well, so it can be used by other Android apps. Backup is turned on by default for Nexus devices and can push data such as MMS and SMS messages, browser bookmarks, call logs, and system settings—including Wi-Fi passwords—to Google’s cloud for retrieval in the event that a device is broken, lost, or stolen.