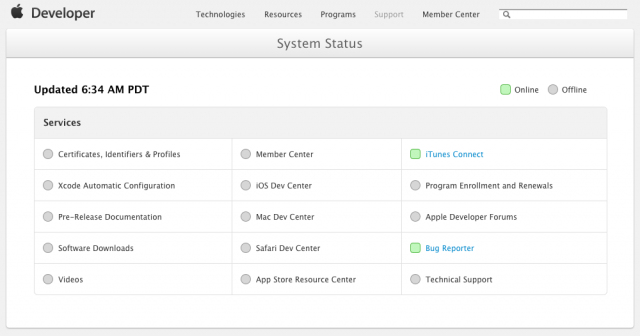 One by one, Apple's systems will be restored.
Apple

A week after its developer site was accessed by an "intruder," Apple has posted another update about its ongoing process to secure the systems and get them back online. While most of the systems remain down, the update specifies the order in which the services will be resuscitated.

"We plan to roll out our updated systems, starting with Certificates, Identifiers & Profiles, Apple Developer Forums, Bug Reporter, pre-release developer libraries, and videos first," said the update. "Next, we will restore software downloads so that the latest betas of iOS 7, Xcode 5, and OS X Mavericks will once again be available to program members. We’ll then bring the remaining systems online."

Developers interested in tracking Apple's progress can also visit a new system status page, which will be updated as the affected services are brought back up. As of this writing, only two systems—iTunes Connect and the Apple Bug Reporter system—are reportedly up, but the others should follow in the coming days.