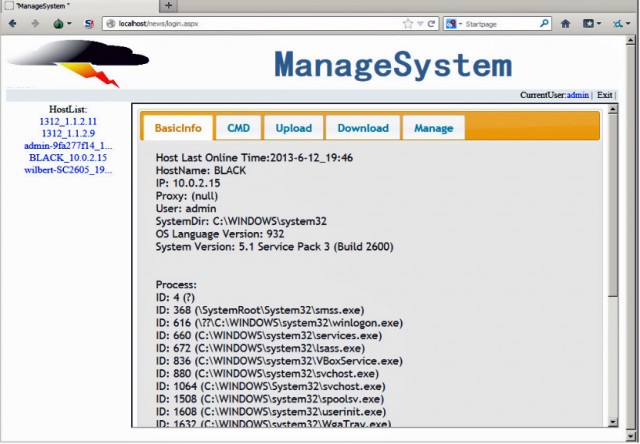 A screenshot from one of the Icefog command and control servers accessed by Kaspersky Lab researchers.
Kaspersky Lab

Researchers from Russia-based Kaspersky Lab have uncovered a gang of hackers for hire who specialize in surgical strikes that quickly infiltrate suppliers to Western companies, steal highly sensitive data, and then vanish.

Icefog, as the group of "cyber mercenaries" has been dubbed, is made up of six to 10 members who are able to infect both Windows and Mac computers with advanced malware that's extremely hard to detect, Kaspersky researchers revealed in a report published Wednesday.

That's a tiny membership compared with other gangs engaged in advanced persistent threat (APT) attacks that siphon gigabytes or even terabytes of sensitive data out of corporations, defense contractors, and government agencies. The so-called APT1 group that has hacked more than 100 large companies, for instance, has as many as 100 members, a roster that leaves plenty of tracks for security defenders to find.