Previously we blogged about Backdoor.Egobot and outlined how it targets specific industries while maintaining a low profile. The cybercriminals behind Egobot may also have developed Infostealer.Nemim for a more widespread and prevalent campaign. Despite a difference in scope, both threats steal information from compromised computers and there are indications these two threats originate from the same source.

Symantec detected Nemim in the wild as early as the fall of 2006. One of the earliest samples contained a timer mechanism to determine when to remove itself from the compromised computer. Removal was conditional and tied to a fixed date or based on the number of times the sample was executed. The timer mechanism feature was also found in samples of Egobot.

The Nemim samples we analyzed were digitally signed with stolen certificates and, over time, the malware was updated with three components:

The infector component is designed to infect executables in specific folders. In particular, the infector targets the %UserProfile% folder and all of its subfolders.

Infection is not sophisticated. Nemim copies itself into a new section named .rdat added at the bottom of the infected file. The original entry point of the infected file is altered in order to point to the Nemim code in the .rdat section. The infection code is responsible for decrypting, dropping, and running an embedded executable file in the following path:

This executed file is the downloader component.

This harvested information is encrypted, converted to Base64, and sent to the command-and-control (C&C) server, just like Egobot. The harvested information is viewable on the C&C server in an unencrypted format. For instance, the P2Pdetou variable shows computer name and user name: [COMPUTER NAME]@[USER NAME]. The server then responds with basic commands, including a payload that is dropped and executed. The downloader then expects the server to respond with a "minmei" string accompanied by the following commands:

The Information stealer component can steal stored account credentials from the following applications:

The information stealer sends stolen data back to the C&C server and, like the downloader, expects a "minmei" string in response.

Symantec detects all the components of these threats to protect customers from attacks:

Analysis of the Nemim binaries revealed a connection to Backdoor.Egobot due to several similarities found in both threats.

Based on these similarities and the overlapping timelines of both the campaigns it is apparent that Nemim and Egobot come from the same source.

Potential for a new campaign

Nemim continues to operate today and has effectively evolved over time. For instance, the string encryption has become non-trivial, stolen digital certificates have been upgraded with newer ones, and there are now checks in place to detect common virtual machines. Indeed, for the last seven years the attackers have shown an unwavering commitment to innovation and have developed malware that is adaptable to fit the needs of two different attack campaigns. We expect this innovate trend will continue with a high potential for new campaigns.

Backdoor.Egobot is a Trojan used in campaigns targeting Korean interests. The execution of the campaigns is straightforward and effective. Symantec data indicates the campaigns have been in operation since 2009. Egobot has continuously evolved by adding newer functionalities. The attackers use the four golden rules of a targeted campaign:

We have also uncovered a parallel campaign that has been in operation as early as 2006, which we will cover in another blog.

Targets are located around the globe and include Korea, Australia, Russia, Brazil, and the United States.

The aim of the Egobot campaign is to steal confidential information from compromised computers.

The attackers gather information about their targets using social engineering techniques prior to luring them into the trap. The targets are sent a spear phishing email, often pretending to be sent from a person they already know. The spear phishing email contains a relevant or enticing message to the target, prompting them to open the malicious attachment. The malicious attachment may be a shortcut .lnk file that points to a file hosted on GeoCities Japan.

Various malicious attachments have been used in this campaign:

When attachments are opened it triggers the following three-stage download process:

Each of the attachments downloads malware from sites hosted on GeoCities Japan. The files vary, but are usually named update[YYYYMM].xml which is  an obfuscated HTML file that drops an executable on the system.

The dropped executable from Stage 1 then retrieves another file from GeoCities Japan. This file is hotfix[YYYYMM].xml, which is an executable RAR file. Both downloaded files in the first two stages are disguised as XML documents in an attempt to pass as a clean file.

The executable RAR file is responsible for preparing the system. It drops a set of files which are responsible for moving files around, injecting a component into processes, and stealing the following system information:

Stolen information is sent to Egobot's command-and-control (C&C) server in the following format:

Data that is sent back to the C&C is encrypted using a rotating key embedded within the malware. We observed the following two specific keys:

Finally, the executable RAR file downloads one last component from GeoCities Japan. This downloaded file is named using the value of arg1 in the GET command sent to the C&C. In this case, Egobot attempts to download a file called 1irst.tmp, which is the main payload.

The main payload has specific functions that are potentially disastrous for targeted business executives. These functions include:

The stolen information is uploaded to remote servers hosted in Malaysia, Hong Kong, and Canada. The attackers have also updated their code to include 64-bit versions to work seamlessly across 64-bit platforms.

Staying under the radar

Egobot is downloaded onto a system as a bundled RAR archive with various components packed using commercial packers exe32pack and UPX. These following components are used to mask the presence of the malware:

Symantec customers are protected by Symantec Email Security.cloud. Malicious samples from this campaign are detected as Trojan Horse, Trojan.Dropper, Trojan.Mdropper, and Backdoor.Egobot.

And, unfortunately, there is more to this story. Through our research into Egobot, Symantec has identified a parallel operation related to Egobot that has been active since 2006, about three years before Egobot. Further details on the Nemim campaign—including its relation to the Egobot campaign—are explained in a separate blog, Infostealer.Nemim: How a Pervasive Infostealer Continues to Evolve. 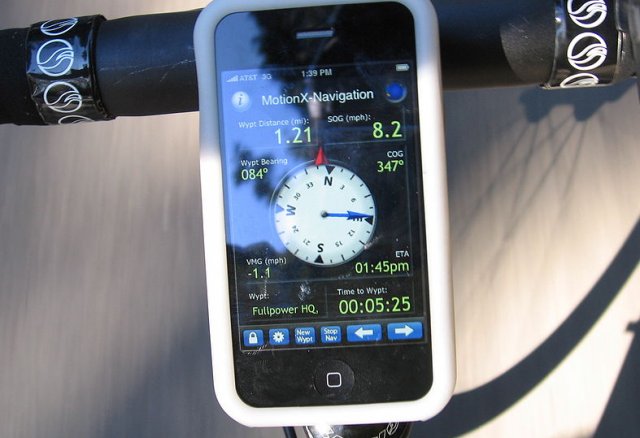 Computer scientists have devised a technique that could one day allow advertisers or law enforcement organizations to surreptitiously fingerprint smartphones.

The attack, recently unveiled by a team of researchers from Stanford University, could be attractive because it works against virtually any smartphone equipped with an "accelerometer." That's the sensor that determines the tilt a person is using to orient a smartphone and shifts the display to either landscape or vertical, accordingly. No special apps or permissions are required beyond a standard browser running with default settings. The technique leaves no browser cookies or other files on the device disk, making it hard for end users to detect using any security or privacy software available today.

The technique works when a smartphone visits a website that hosts JavaScript code that queries the accelerometer for its orientation. This proof of concept site requires the phone to be held face up on a flat surface and a few moments later for it to be tapped and then turned face down. While the z coordinates measured by the sensor should in theory measure -1 and 1 respectively, most smartphones inevitably report miniscule variations—0.71217 and 0.99324 for example on a test device, rounded down for purposes of anonymity. The precise coordinates, according to the site, were unique among 5,000 records.

In the HBO hit series The Wire, disposable cell phones were the bane of detectives' lives. Drug dealers obtained these prepaid "burners" in mass quantities with cash at multiple stores hundreds of miles away from where they were used. After a week or two of use, a crook would destroy one cheap handset and fetch a new one. The Baltimore Police detectives' inability to tap the phones stymied their investigation into one of the city's most ruthless crime families—until they found a way to track the devices.

The National Security Agency may have made a similar breakthrough. Cato Institute researcher and Ars alum Julian Sanchez recently pulled a few sentences from a 2009 declaration by NSA Director Keith Alexander. They describe an unnamed tool that routinely accessed the vast database of call records assembled by the NSA. Sanchez argues that the purpose may be to identify burner phones used by NSA targets. The tool, according to Alexander's declaration: