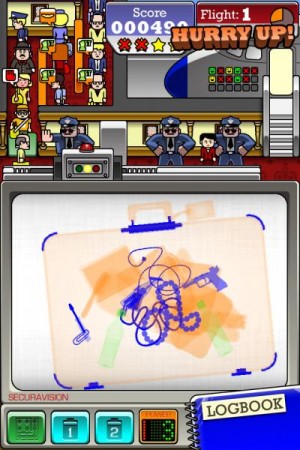 A screenshot from the Airport Scanner app.
Eurekalert

In a simulation of airport luggage scanning, a team of researchers has found that the rarer an item is, the less likely a scanner operator is to spot it—that is, if fewer people come through with bomb materials or guns, it will be harder for the operator to spot them when they do.

The Duke University scientists set up the simulation in an “Airport Scanner” app where participants would check virtual suitcases for a set of 78 verboten items, like a stick of dynamite or a gun. Thirty of the items were “ultra rare,” appearing less than 0.15 percent of the time.