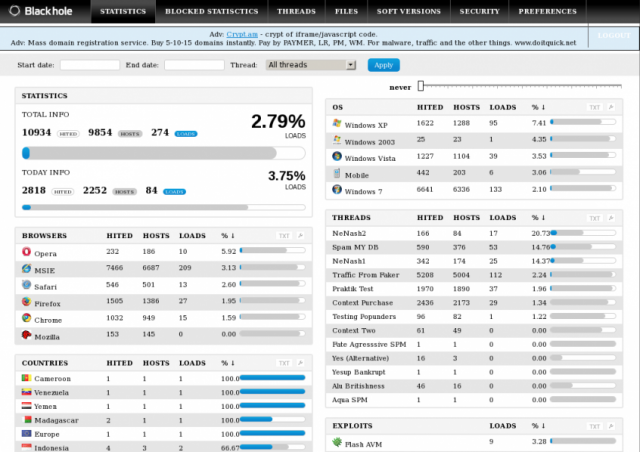 An online crime kingpin arrested in October and charged with creating and distributing the Blackhole exploit kit may have had his hand in as much as 40 percent of the world's malware infections, according to information released by the security firm that helped track him down.

The 27-year-old Russian, identified only as Paunch, allegedly earned about $50,000 per month selling BlackHole subscriptions for as much as $500 per month, according to a report published Friday by security firm Group-IB. He is also alleged to be behind the much more expensive Cool Exploit Kit and a "Crypt" service used to obfuscate malware to go undetected by antivirus programs. With more than 1,000 customers, he was able to lead a lavish lifestyle that included driving a white Porsche Cayenne, Group-IB said. 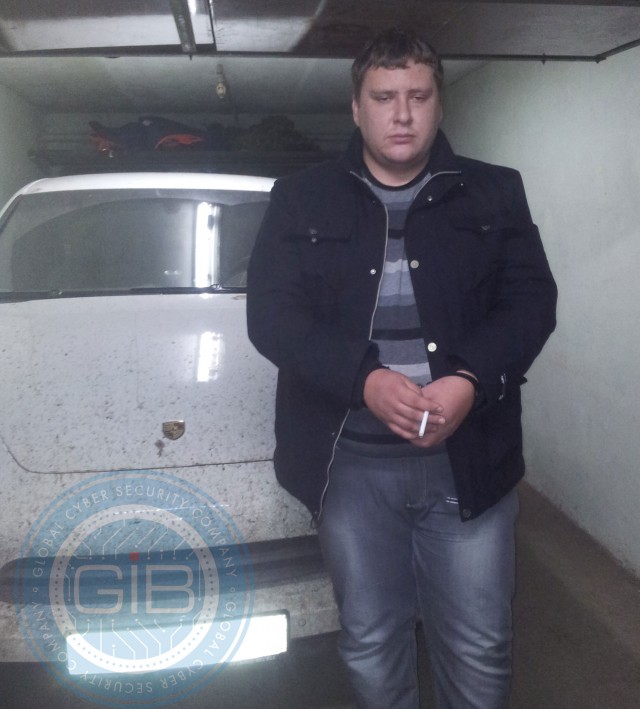 A man Group-IB identifies as "Paunch" standing in front of a Porsche Cayenne.
Group-IB

Exploit kits are the do-it-yourself tools used to embed crimeware into hacked or malicious websites so they target a host of vulnerabilities found on end-user computers. People who visit the websites are exposed to "drive-by" attacks that are often able to install highly malicious software on the computers with no sign that anything is amiss. Group-IB estimated that Paunch may have supplied the code used in as much as 40 percent of the PC crimeware infections worldwide. Researchers arrived at that guess by gauging sales of BlackHole and Cool, which they said accounted for about 40 percent of world revenue for exploit kits. Even assuming that some crimeware is installed independent of exploit kits, it's hard to overstate the role these two kits played in seeding the Web with exploit code that installed malware used in bank fraud and other forms of online crime.