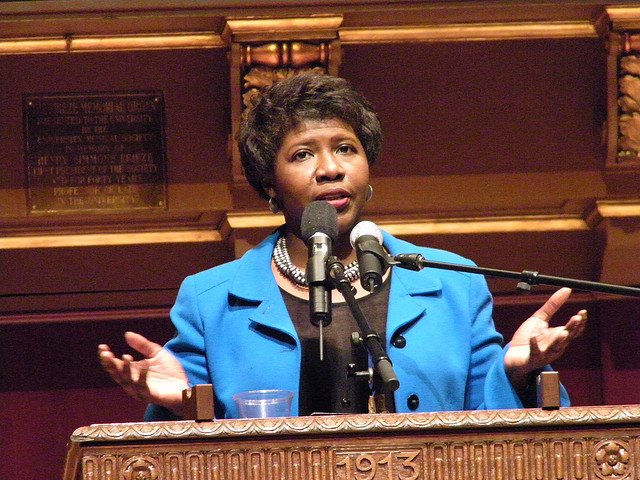 Users of Tweetdeck, and possibly other Twitter apps, take note: old settings can come back to trip you up. Digital media strategist Kate Gardiner learned this lesson first hand on Tuesday, when she inadvertently caused at least a dozen separate news-oriented Twitter accounts to tweet "f gwenifill" in unison.

The errant tweets quickly triggered suspicions of another hack involving the hijacking of a high-profile Twitter account, only in this case at least 12 accounts would have been taken over and used to poke fun at PBS News Hour anchor Gwen Ifill.

The cause turned out not to be a hack, but rather the mismanagement of the Tweetdeck application Gardiner had used for years to send tweets for a variety of different media outlets. In the course of clearing out the old credentials, she said, she accidentally sent out the tweet. Because her Tweetdeck was still associated with the Twitter accounts of her old employers or clients, it ended up broadcasting the "f gwenifill" tweet to all of them.