Meet Mask, possibly the most sophisticated malware campaign ever seen 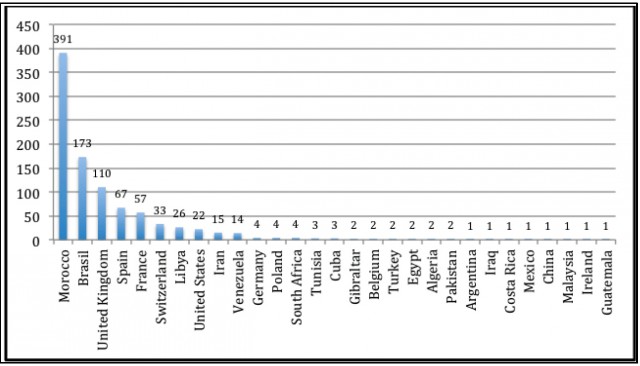 Calling it the most sophisticated malware-driven espionage campaign ever discovered, researchers said they have uncovered an attack dating back to at least 2007 that infected computers running the Windows, OS X, and Linux operating systems of 380 victims in 31 countries.

The "Mask" campaign, which gets its name from a string of text found in one of the malware samples, includes a variety of components used to siphon encryption keys, key strokes, Skype conversations, and other types of sensitive data off infected computers. There is also evidence that the Spanish-speaking attackers had malware that ran on devices running both Apple's iOS and Google's Android mobile operating systems. Victims include government agencies, embassies, research institutions, private equity firms, activists, energy companies, and companies in other industries. The sophistication of Mask makes it likely that the campaign is the work of attackers sponsored by a well-resourced nation-state, said researchers from Kaspersky Lab, the Moscow-based security company that discovered it.

Mask—or "Careto" as its Spanish slang translation appears in source code analyzed by Kaspersky—joins a pantheon of other state-sponsored malware campaigns with names including Stuxnet, Flame, Duqu, Red October, Icefog, and Gauss. Unlike more opportunistic crimeware campaigns that generate revenue by targeting anyone with an Internet-connected computer, these "advanced persistent threats" (APTs) are much more determined. They're tailored threats that are aimed at specific people or organizations who possess unique data or capabilities with strategic national or business value.