Sailor convicted of hacking websites from aboard aircraft carrier 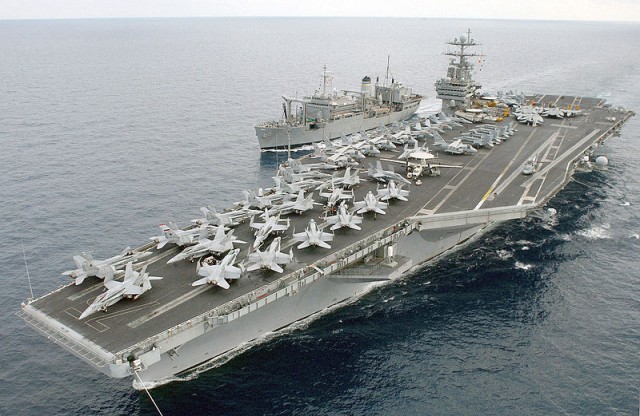 The USS Harry S. Truman apparently had adequate Internet bandwidth for a sailor to hack websites in his spare time.
US Navy

A 27-year-old now-former sailor pleaded guilty in a federal court in Tulsa, Oklahoma on May 20 to charges of conspiracy after leading a band of hackers in the US and Canada from onboard an aircraft carrier. Nicholas Paul Knight, who was the system administrator for the USS Harry S. Truman’s nuclear reactors department, was caught trying to hack into a Navy database while at sea.

Knight and a co-defendant—Daniel Kreuger of Salem, Illinois—were part of “Team Digi7al,” a collective of hackers who attacked at least 24 websites in 2012 in search of personally identifiable information. Knight himself hacked the Navy’s Smart Web Move website, a system for sailors to manage household moves during transfers between stations; that hack included about 220,000 service members’ Social Security numbers, dates of birth, addresses, and other personal data.

Other sites attacked by the group included ones operated by the Department of Homeland Security, the Library of Congress, Stanford University, Los Alamos National Laboratory, the Toronto Police Service, and the University of Nebraska-Lincoln.