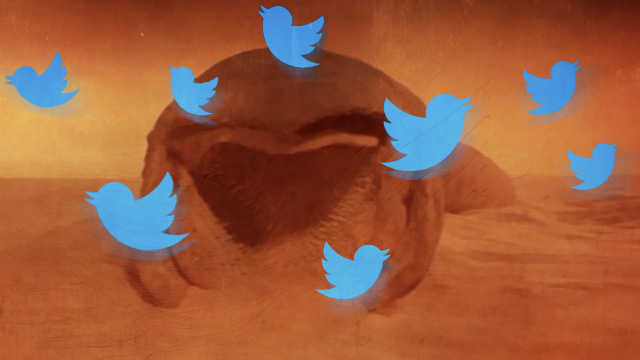 Twitter on Wednesday was briefly overrun by a powerful computer worm that caused tens of thousands of users to tweet a message that contained self-propagating code exploiting a bug in the TweetDeck app.

Within a few hours, the cross-site scripting (XSS) attack caused at least 37,000 84,700 users to retweet a single message originally transmitted by the user @derGeruhn. The body of the message contained JavaScript commands that caused anyone viewing it in TweetDeck to automatically retweet it. The message spread virally. The more times it was retweeted, the more times it was viewed and retweeted by other people using the vulnerable app. The BBC News Twitter account alone pushed the message to 10.1 million followers.

It's by no means the first time a worm has slithered through Twitter. Worms based on clickjacking exploits and XSS attacks were documented as long ago as 2009 and were also used maliciously in 2011 to spread scam messages.