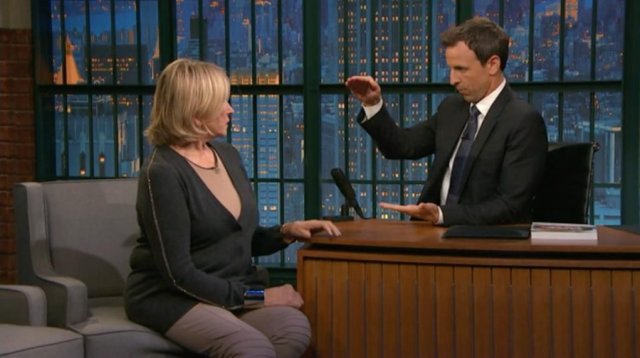 On Late Night with Seth Meyers, Stewart proudly talked about how she now owns "three drones."

"These are not army drones! They're not dangerous!" she reassured Meyers.