During the last few days researchers at McAfee Labs have been actively investigating Sandworm, the Windows packager zero-day attack (CVE-2014-4114). McAfee has already released various updates through our products to protect our customers, and we continue to analyze this attack.

During our investigation, we found that the Microsoft’s official patch (MS14-060, KB3000869) is not robust enough. In other words, attackers might still be able to exploit the vulnerability even after the patch is applied. Users who have installed the official patch are still at risk.

This finding has significant impact because attacks leveraging the vulnerability are still very active. We reported our findings to the Microsoft Security Response Center immediately after we successfully developed a proof of concept on October 17. Since then we have actively worked with Microsoft to resolve this issue.

Today, Microsoft has released Security Advisory 3010060 as well as the “Fix It” temporary patch. A new ID, CVE-2014-6352, has been assigned to track this issue. To protect hundreds of millions of Windows users, we are not sharing any of the details until a permanent patch from Microsoft is available to the public.

While we will continue to monitor potential new attacks in the wild, users who have concerns about their security may consider the following actions:

We thank James Forshaw of Google Project Zero, who helped us with this finding. Thanks as well to Bing Sun, Chong Xu, and Stanley Zhu of McAfee Labs for their help with this research and investigation.

Office supply retailer Staples is investigating a possible breach of its systems following reports from the banking industry of fraudulent credit and debit card transactions at stores in the northeastern United States.

On Tuesday, the company acknowledged that a breach may have occurred and that it had contacted the appropriate law enforcement agencies. The retailer declined to provide further details.

“Staples is in the process of investigating a potential issue involving credit card data and has contacted law enforcement,” a spokesperson said in a statement sent to Ars. “If Staples discovers an issue, it is important to note that customers are not responsible for any fraudulent activity on their credit cards that is reported on a timely basis.” 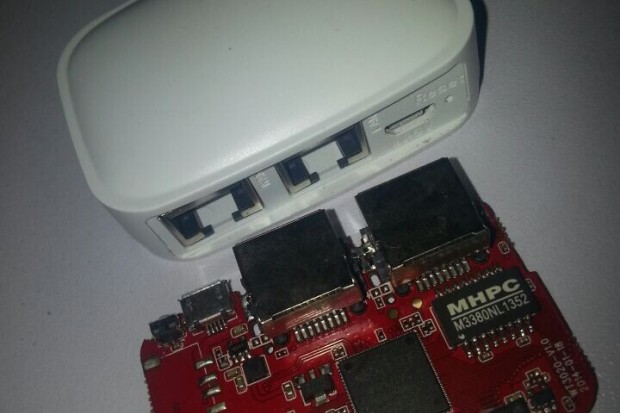 Last week, Ars reported on the story of Anonabox, an effort by a California developer to create an affordable privacy-protecting device based on the open source OpenWRT wireless router software and the Tor Project’s eponymous Internet traffic encryption and anonymization software. Anonabox was pulled from Kickstarter after accusations that the project misrepresented its product and failed to meet some basic security concerns—though its developers still plan to release their project for sale through their own website.

But Anonabox’s brief campaign on Kickstarter has demonstrated demand for a simple, inexpensive way to hide Internet traffic from prying eyes. And there are a number of other projects attempting to do what Anonabox promised. On Kickstarter competitor Indiegogo there’s a project called Invizbox that looks almost identical to Anonabox—except for the approach its team is taking to building and marketing the device.

Based on the Chinese-built WT 3020A—a small wireless router that appears identical to the box that was the basis for the Anonabox—the Invizbox will have similar specs to the cancelled Kickstarter: 64 megabytes of RAM, 16 megabytes of Flash storage, and the Linux-based OpenWRT embedded OS. The main difference, according to the Dublin, Ireland-based team behind Invizbox (Elizabeth Canavan, Paul Canavan, and Chris Monks) is that their Tor router will be locked down better—and they won’t pretend that they’re using custom-built hardware.