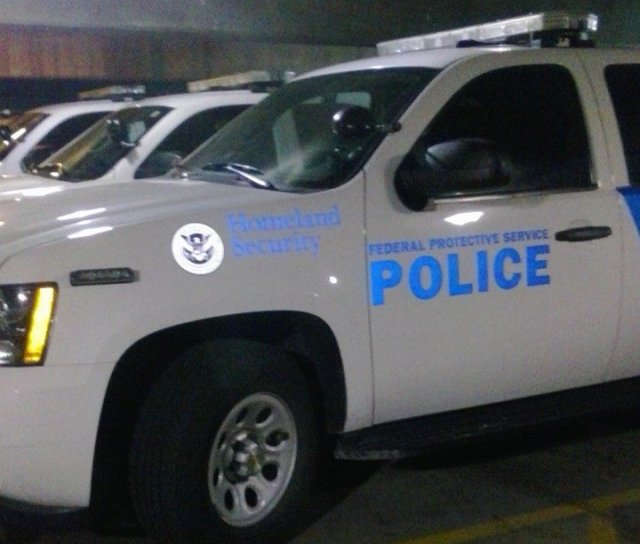 Images posted of rows of federal police vehicles in a Missouri hotel garage got the employee who took them fired—and branded as a terrorist and traitor by the hotel's security chief.
Mark Paffrath via Facebook

Mark Paffrath, a Navy veteran who worked as a housekeeper for the Drury hotel chain, claims he was fired from his job on Saturday after posting photos and video on Facebook of dozens of vehicles from the Department of Homeland Security massed in a Missouri hotel garage. Paffrath told CNN that Drury’s head of security “called me a terrorist, saying that I dishonorably served my country for posting those pictures and videos on Facebook.”

The vehicles and a large number of people from Homeland Security’s Federal Protection Services arrived last week, apparently in preparation for the announcement of a grand jury decision on whether to charge police officer Darren Wilson in the death of teenager Michael Brown. They were parked at the hotel where Paffrath worked, a short drive from Ferguson in suburban St. Louis. Paffrath posted the video and images of rows of federal vehicles on Thursday, including one with the caption “Why are all these vehicles here, I wonder if it has anything to do with Ferguson? #Ferguson, #No justice, no peace."

Paffrath’s former employer would not comment on how the hotel learned of the posted images, some of which are still publicly viewable on Paffrath’s Facebook page. A Drury hotel spokesperson told CNN, “We do not publicly discuss confidential personnel matters. The safety and privacy of our guests and our team members has always been and will remain our top priority." The hotel management may have seen the photos as a violation of the privacy of guests.