Drug dealer: Cops leaned me over 18th floor balcony to get my password 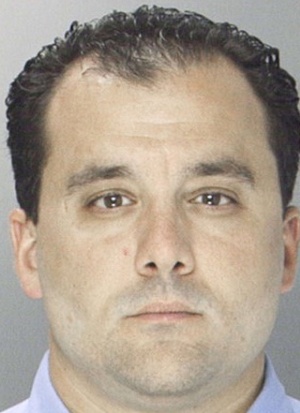 Officer Thomas Liciardello, accused of being the ringleader of a corrupt undercover unit.

According to testimony from a police corruption trial currently roiling the city of Philadelphia, officers from an undercover drug squad took the latter route back in November 2007. After arresting their suspect, Michael Cascioli, in the hallway outside his 18th floor apartment, the officers took Cascioli back inside. Although they lacked a search warrant, the cops searched Cascioli's rooms anyway. According to a federal indictment (PDF), the officers "repeatedly assaulted and threatened [Cascioli] during the search to obtain information about the location of money, drugs, and drug suppliers."

Cascioli kept $800 of cash in his nightstand, which he told the cops about. The officers allegedly "took money from [Cascioli's] nightstand and used it to purchase pizza" for themselves.