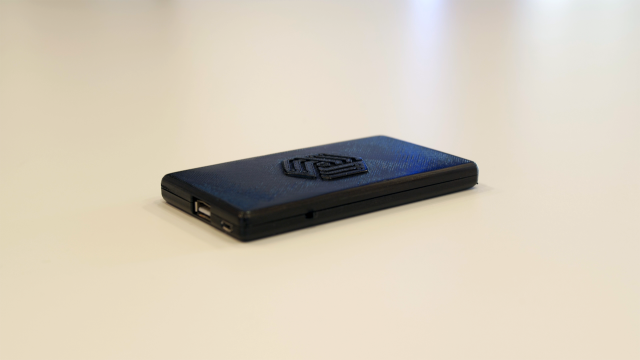 A prototype of the Invizbox Go, a portable Wi-Fi privacy device that can connect to public Wi-Fi and act as a Tor or VPN gateway.
Invizbox Ltd.

Over the past year, there has been a burst of crowd-funded efforts to provide simple, inexpensive privacy solutions for computer and mobile device users without the need to install or maintain software. These hardware devices, based on low-cost, system-on-chip hardware (and in some cases, simply on rebranded off-the-shelf Wi-Fi routers) have gotten a mixed welcome from security and networking experts; while they have made it easier for people with little computer skill to connect to the Tor anonymizing network or to virtual private networks, they have as a class been inconsistent in just how easy they make it—and just how anonymous they make their users. Now another crowd-funded effort from the team behind one of the more credible previous efforts is looking to fix some of those shortcomings.

Back in April, Ars performed a head-to-head test of two devices that promised automatic anonymity for their users from any device: palm-sized Wi-Fi "travel routers" designed to tunnel traffic over the Tor anonymizing network, and found they worked as advertised, but came with (at least) one big handicap. Both devices, the Anonabox and Invizbox, required a physical connection to an Ethernet network for Internet access. Given that it's increasingly rare to find an Ethernet port while traveling and that the majority of privacy problems occur when the only thing available is someone else's Wi-Fi network, that gap makes pocket Tor routers pretty much useless as protection when people need it the most, limiting their appeal.

The Irish startup behind the Invizbox— Invizbox Ltd, founded by Elizabeth Canavan, Paul Canavan, and Chris Monks—recognized those shortcomings fairly early. Now they've come up with a solution: the Invizbox Go, a mobile device that acts as a security gateway to Wi-Fi networks for computers and mobile devices. Launching as a Kickstarter project today, Invizbox Go is currently in the prototype stage and is expected to ship in February. It builds on the work done with Invizbox to deliver what could be a much more complete answer to mobile anonymity than most of the other options currently available, in part because it doesn't totally put its eggs all in the Tor basket.