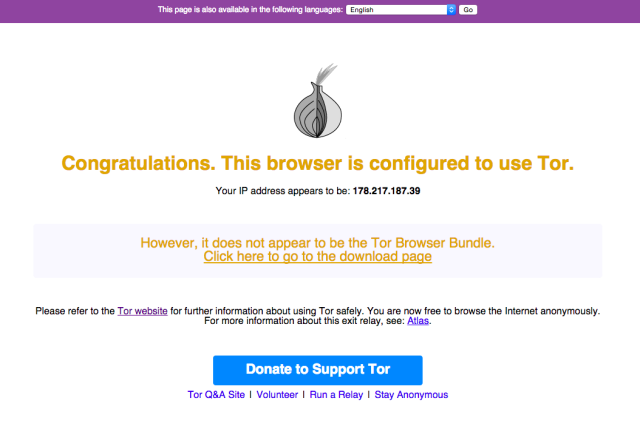 Proof of connection: the site check.torproject.org will show you if you're connected via Tor. (credit: Tor)

The head of the Tor Project has accused the FBI of paying Carnegie Mellon computer security researchers at least $1 million to de-anonymize Tor users and reveal their IP addresses as part of a large criminal investigation.

Neither Carnegie Mellon officials nor the FBI immediately responded to Ars' request for comment. If true, it would represent a highly unusual collaboration between computer security researchers and federal authorities.

Ed Desautels, a spokesman for Carnegie Mellon’s Software Engineering Institute, did not deny the accusations directly but told Wired: “I’d like to see the substantiation for their claim,” adding “I’m not aware of any payment.”