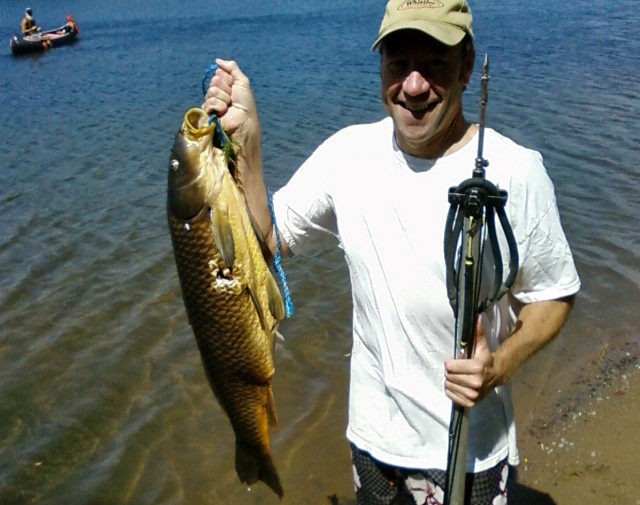 This carp was not paranoid enough. (credit: Wikipedia)

A former Department of Energy employee has pleaded guilty to federal charges that he attempted to infect 80 current DOE employees with malware so foreign hackers could take control of computer systems that held sensitive information related to nuclear weapons, officials said Wednesday.

Charles Harvey Eccleston, 62, pleaded guilty to one count of attempted unauthorized access and intentional damage to a protected computer, according to a statement issued by officials with the US Department of Justice. The statement said the man, who previously worked for both the DOE and the US Nuclear Regulatory Commission, plotted to compromise federal computer networks by sending current employees highly targeted e-mails that he believed contained links to malware that would give hackers remote access. Such campaigns are often referred to as spear phishing because they target a specific individual, often referring to them by name and referencing specific interests of job duties.

Prosecutors said the plot came to their attention in 2013 after Eccleston entered an unnamed foreign embassy in Manila, Philippines and offered to sell a list of more than 5,000 e-mail addresses of officials, engineers, and employees of a US government agency. Undercover FBI agents posing as embassy employees then worked to build a criminal case against the former employee, who prosecutors said was terminated from his employment at the Nuclear Regulatory Commission in 2010. To make the e-mail more convincing, it posed as an advertisement for a conferences related to nuclear energy. According to the press release: