After hiatus, in-the-wild Mac backdoors are suddenly back 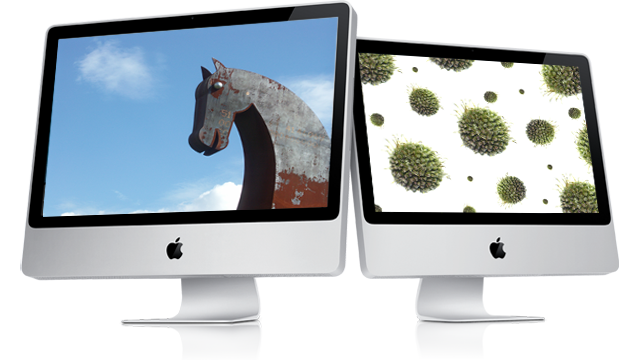 After taking a hiatus, Mac malware is suddenly back, with three newly discovered strains that have access to Web cameras, password keychains, and pretty much every other resource on an infected machine.

The first one, dubbed Eleanor by researchers at antivirus provider Bitdefender, is hidden inside EasyDoc Converter, a malicious app that is, or at least was, available on a software download site called MacUpdate. When double clicked, EasyDoc silently installs a backdoor that provides remote access to a Mac's file system and webcam, making it possible for attackers to download files, install new apps, and watch users who are in front of an infected machine. Eleanor communicates with control servers over the Tor anonymity service to prevent them from being taken down or being used to identify the attackers.

"This type of malware is particularly dangerous as it's hard to detect and offers the attacker full control of the compromised system," Tiberius Axinte, technical leader of the Bitdefender Antimalware Lab, said in a blog post published Wednesday. "For instance, someone can lock you out of your laptop, threaten to blackmail you to restore your private files or transform your laptop into a botnet to attack other devices."