November 21, 2016 feed
Overview
A powerful heap corruption vulnerability exists in the gstreamer decoder for the FLIC file format. Presented here is an 0day exploit for this vulnerability.
This decoder is generally present in the default install of modern Linux desktops, including Ubuntu 16.04 and Fedora 24. Gstreamer classifies its decoders as “good”, “bad” or “ugly”. Despite being quite buggy, and not being a format at all necessary on a modern desktop, the FLIC decoder is classified as “good”, almost guaranteeing its presence in default Linux installs.
Thanks to solid ASLR / DEP protections on the (some) modern 64-bit Linux installs, and some other challenges, this vulnerability is a real beast to exploit.
Most modern exploits defeat protections such as ASLR and DEP by using some form of scripting to manipulate the environment and make dynamic decisions and calculations to move the exploit forward. In a browser, that script is JavaScript (or ActionScript etc.) When attacking a kernel from userspace, the “script” is the userspace program. When attacking a TCP stack remotely, the “script” is the program running on the attacker’s computer. In my previous full gstreamer exploit against the NSF decoder, the script was an embedded 6502 machine code program.
But in order to attack the FLIC decoder, there simply isn’t any scripting opportunity. The attacker gets, once, to submit a bunch of scriptless bytes into the decoder, and try and gain code execution without further interaction...
… and good luck with that! Welcome to the world of scriptless exploitation in an ASLR environment. Let’s give it our best shot.
Obligatory screenshot, and downloads 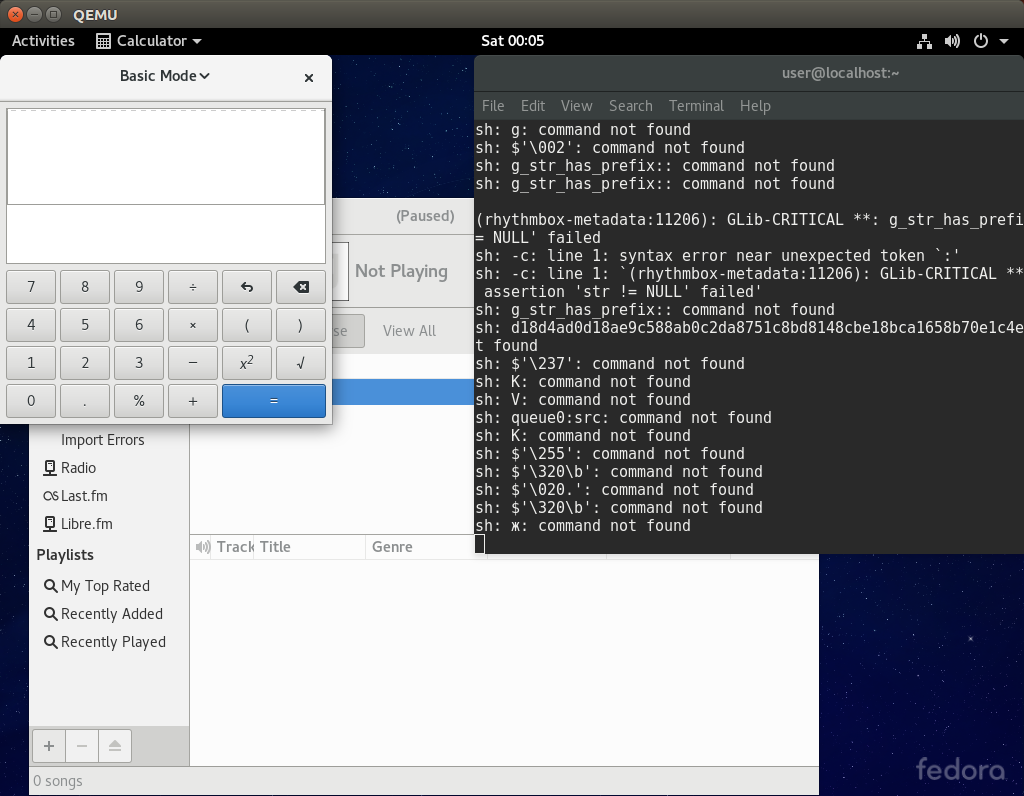