Skip to content
Overview
A confluence of two risky design choices, combined with various implementation issues, makes drive-by downloads possible with Google Chrome on Fedora. In total, with the risky design choices first, the issues are:
Demonstration and proof of concept
In the screenshot below, the user of the Chrome browser has visited a (malicious) website and you can see the result is a forced download leading to the side effect of a crash in a process unrelated to the web browser: 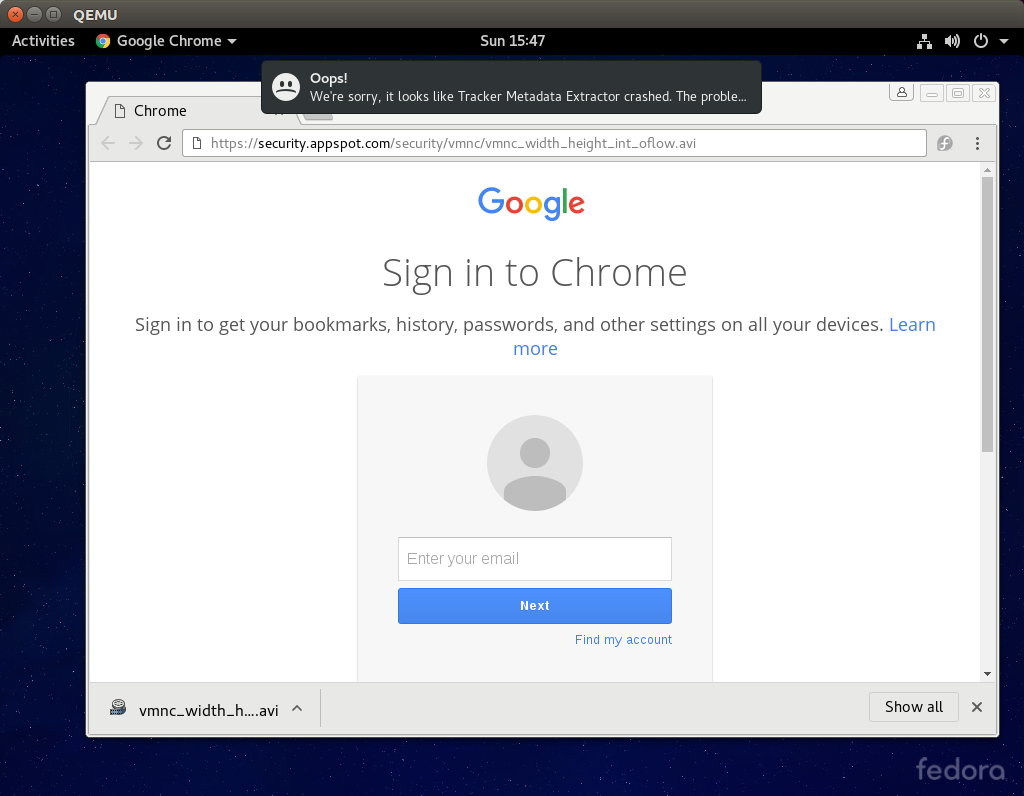