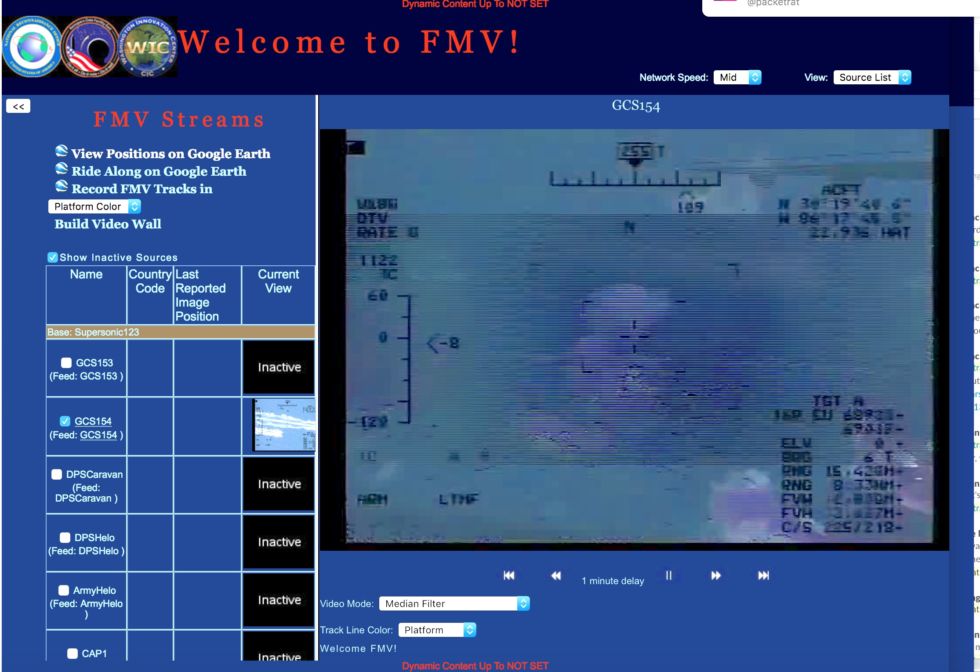 On Wednesday, Kenneth Lipp, a contributor to the Daily Beast, was doing what amounts to a random search on the security search engine Shodan when he discovered what appears to be a Web console for full-motion video feeds from two Predator drones.

The website Lipp found bears the logos of the National Reconnaissance Office, the National Geospatial-Intelligence Agency's (NGA's) Aerospace Data Facility-East, and the Washington University Cortex Innovation Center—an incubator that has partnered with NGA. The site displayed streaming video from drones named "Ranger1" and "Bonker," apparently flying somewhere over the Gulf of Mexico along the coast of Florida. So he tweeted and blogged about it. Soon, many were watching the same thing: aerial surveillance video of boats speeding across the Gulf's waters.