More than 20,000 Linksys wireless routers are regularly leaking full historic records of every device that has ever connected to them, including devices' unique identifiers, names, and the operating systems they use. The data can be used by snoops or hackers in either targeted or opportunistic attacks. 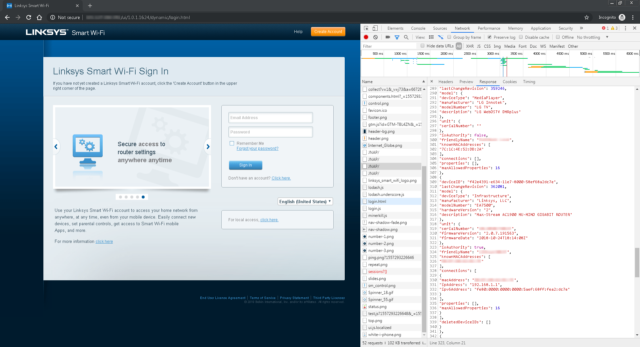 Independent researcher Troy Mursch said the leak is the result of a persistent flaw in almost three dozen models of Linksys routers. It took about 25 minutes for the Binary Edge search engine of Internet-connected devices to find 21,401 vulnerable devices on Friday. A scan earlier in the week found 25,617. They were leaking a total of 756,565 unique MAC addresses. Exploiting the flaw requires only a few lines of code that harvest every MAC address, device name, and operating system that has ever connected to each of them.

The flaw allows snoops or hackers to assemble disparate pieces of information that most people assume aren’t public. By combining a historical record of devices that have connected to a public IP addresses, marketers, abusive spouses, and investigators can track the movements of people they want to track. The disclosure can also be useful to hackers. The Shadowhammer group, for instance, recently infected as many as 1 million people after hacking the software update mechanism of computer maker ASUS. The hackers then used a list of about 600 MAC addresses of specific targets that, if infected, would receive advanced stages of the malware.