Shortly after Carnegie Mellon University professor Lorrie Cranor became chief technologist at the Federal Trade Commission in January, she was surprised by an official agency tweet that echoed some oft-repeated security advice. It read: "Encourage your loved ones to change passwords often, making them long, strong, and unique." Cranor wasted no time challenging it.

The reasoning behind the advice is that an organization's network may have attackers inside who have yet to be discovered. Frequent password changes lock them out. But to a university professor who focuses on security, Cranor found the advice problematic for a couple of reasons. For one, a growing body of research suggests that frequent password changes make security worse. As if repeating advice that's based more on superstition than hard data wasn't bad enough, the tweet was even more annoying because all six of the government passwords she used had to be changed every 60 days.

"I saw this tweet and I said, 'Why is it that the FTC is going around telling everyone to change their passwords?'" she said during a keynote speech at the BSides security conference in Las Vegas. "I went to the social media people and asked them that and they said, 'Well, it must be good advice because at the FTC we change our passwords every 60 days." 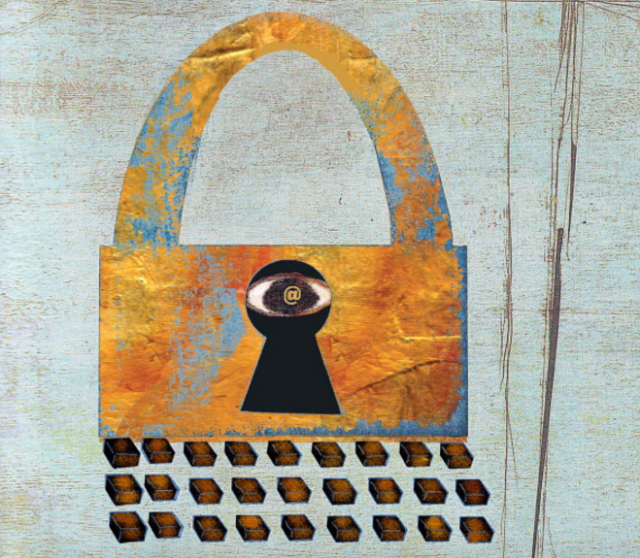 Jeremi M Gosney (@jmgosney) is a world-renowned password cracker and security expert. He is the Founder & CEO of the password-cracking firm Sagitta HPC, and a member of the Hashcat development team. Jeremi also helps run the Security BSides Las Vegas, Hushcon, and PasswordsCon conferences.

Me: "The full dump from the 2012 LinkedIn breach just dropped, so you're probably not going to see much of me over the next week." 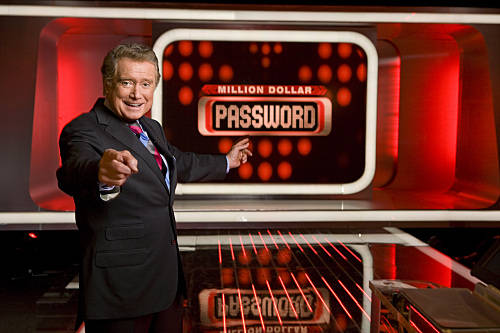 "Any one of these 4 I'm going to talk about on their own would be notable, but to see a cluster of them appear together is quite intriguing," security researcher Troy Hunt observed on Monday. The cluster involves breaches known to have happened to Fling in 2011, to LinkedIn in 2012, and to Tumblr 2013. It's still not clear when the MySpace hack took place, but Hunt, operator of the Have I been pwned? breach notification service, said it surely happened sometime after 2007 and before 2012. He continued:

There are some really interesting patterns emerging here. One is obviously the age; the newest breach of this recent spate is still more than 3 years old. This data has been lying dormant (or at least out of public sight) for long periods of time.

The other is the size and these 4 breaches are all in the top 5 largest ones HIBP has ever seen. That's out of 109 breaches to date, too. Not only that, but these 4 incidents account for two thirds of all the data in the system, or least they will once MySpace turns up.

Then there's the fact that it's all appearing within a very short period of time - all just this month. There's been some catalyst that has brought these breaches to light and to see them all fit this mould and appear in such a short period of time, I can't help but wonder if they're perhaps related.

All four of the password dumps are being sold on a darkweb forum by peace_of_mind, a user with 24 positive feedback ratings, two neutral ratings, and zero negative ratings. That's an indication the unknown person isn't exaggerating the quality of the data. The megabreach trend is troubling for at least a couple of reasons. First, it demonstrates that service providers are either unable to detect breaches or are willing to keep them secret years after they're discovered. Second, it raises the unsettling question where the trend will end, and if additional breaches are in store before we get there? 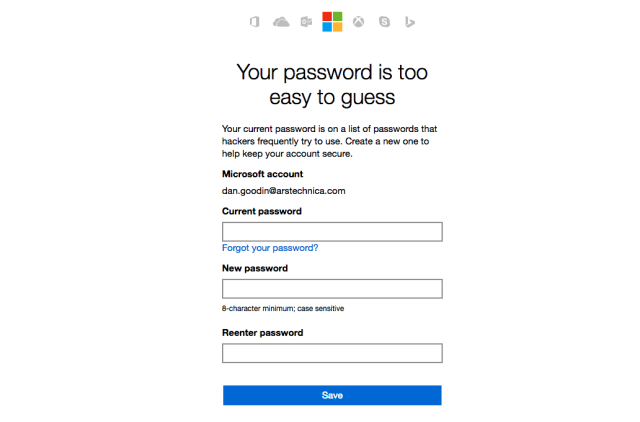 As Microsoft pats itself on the back for its crackdown on easily cracked passwords, keep this in mind: a quick check shows users still have plenty of leeway to make poor choices. Like "Pa$$w0rd" (excluding the quotation marks).

As a Microsoft program manager announced earlier this week, the Microsoft Account Service used to log in to properties such as Xbox Live and OneDrive Azure has been dynamically banning commonly used passwords during the account-creation or password-change processes. Try choosing "12345678," "password," or "letmein"—as millions of people regularly do—and you'll get a prompt telling you to try again. Microsoft is in the process of adding this feature to the Azure Active Directory so enterprise customers using the service can easily stop employees from taking security shortcuts, as well.

But a quick check finds it's not hard to get around the ban. To wit: "Pa$$w0rd1" worked just fine. And in fairness to Microsoft, Google permitted the same hopelessly weak choice.