It seems like SCADA hacking is still a topic in hacker conferences, and it should be with SCADA systems still driving power stations, manufacturing plants, refineries and all kinds of other powerful and dangerous things.

The latest talk given on the subject shows with just 4 lines of code and a small hardware drop device a SCADA based facility can be effectively DoSed by sending repeated shutdown commands to suscpetible systems.

Last December, hackers with suspected ties to Russia caused a power outage in Ukraine in a deliberate attempt to leave households without electricity during what's typically one of the coldest months of the year. Now, the advanced malware that triggered the power failure has been found in the wild. This discovery is prompting concerns that the attack tools could be repurposed or reused in new sabotage operations, possibly by unrelated hacking groups.

"Crash Override," as security firm Dragos has named the tool platform, is the first known malware framework designed to attack electric grid systems. Dragos researchers said it was used successfully in what may have been a dress rehearsal on a December 17 hack on an electric transmission substation in Kiev. While the Kiev outage lasted only a few hours, several features of the malware that weren't turned on in the December hack have the potential to cause disruptions that persist for as long as a week. Crash Override is a completely new platform that was far more advanced than the general-purpose tools the same group used to attack Ukraine's power grid in December 2015.

What makes Crash Override so sophisticated is its ability to use the same arcane technical protocols that individual electric grid systems rely on to communicate with one another. As such, the malware is more notable for its mastery of the industrial processes used by global grid operators than its robust code. Its fluency in the low-level grid languages allowed it to instruct Ukrainian devices to de-energize and re-energize substation lines, a capability not seen in the attack a year earlier that used a much cruder set of tools and techniques. The concern is that "Industroyer"—the other name given to the malware—can be used against a broad range of electric systems around the world. 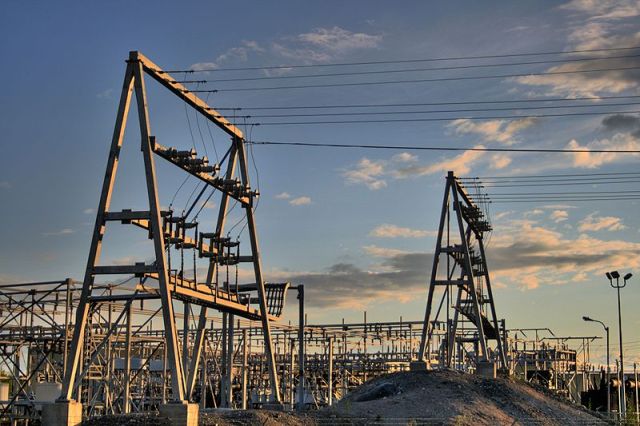 A campaign that targeted a European energy company wielded malware that's so sneaky and advanced it almost certainly is the work of a wealthy nation, researchers said Tuesday.

The malware contains about 280 kilobytes of densely packed code that, like a ninja warrior, cleverly and stealthily evades a large number of security defenses. It looks for and avoids a long list of computer names belonging to sandboxes and honeypots. It painstakingly dismantles antiviruses one process at a time until it's finally safe to uninstall them. It takes special care when running inside organizations that use facial recognition, fingerprint scanners, and other advanced access control systems. And it locks away key parts of its code in encrypted vaults to prevent it from being discovered and analyzed.

Once the malware has gained administrative control of a computer, it uses its lofty perch to survey the connected network, report its findings to its operators, and await further instructions. From then on, attackers have a network backdoor that allows them to install other types of malware, either for more detailed espionage or potentially sabotage. Researchers from security firm SentinelOne found the malware circulating in an underground forum and say it has already infected an unnamed energy company in Europe.

Gas detectors used in factories and other industrial settings to identify toxic conditions contain several vulnerabilities that can allow hackers to remotely sabotage the devices, according to an industry advisory published late last week.

The vulnerabilities in the Midas and Midas Black gas detectors manufactured by Honeywell can be exploited by hackers with a low skill level, according to the advisory, which was published Thursday by the Industrial Control System Cyber Emergency Response Team. The first weaknesses is a "path traversal" weakness, which allows remote attackers to bypass the normal authentication system. A second one results in the failure to encrypt user passwords when they're being transmitted.

"Successful exploitation of these vulnerabilities could allow a remote attacker to gain unauthenticated access to the device, potentially allowing configuration changes, as well as the initiation of calibration or test processes," the advisory warned. The notice went on to advise organizations that rely on on the detectors to install versions 1.13b3 or 2.13b3, which patch against the vulnerabilities. The advisory pointed to this link from Honeywell.