Former antivirus developer and presidential wannabe John McAfee claimed a couple of weeks ago to have the perfect solution to the FBI-Apple stand-off. He offered to crack the iPhone for the FBI for free. This would let the government agency gain access to the phone while freeing Apple from any demands to assist. So confident was McAfee of his ability to help out that he said he'd eat a shoe on TV if he couldn't get into the phone.

It will probably not come as much of a surprise to anyone to learn that the FBI has not been beating down McAfee's door.

Perhaps they were unconvinced by the strategy that the man outlined. He said that he and his team would primarily use "social engineering," which is to say, manipulating people into telling you what you want to know through gaining their trust. It can be a powerful technique, but it certainly isn't a panacea. It's often less effective when the victims are aware that you're trying to socially engineer them (for example, by announcing your intent to do so on the Internet). It's less effective still when the people holding the information are in fact dead. McAfee may be persuasive, but probably not so persuasive as to be able to coax a corpse to give up its PIN.

John McAfee claims he gave Belize officials cheap laptops that had been deliberately pre-infected with keylogging spyware, and ran a team of 23 women to seduce and spy on his intended targets. 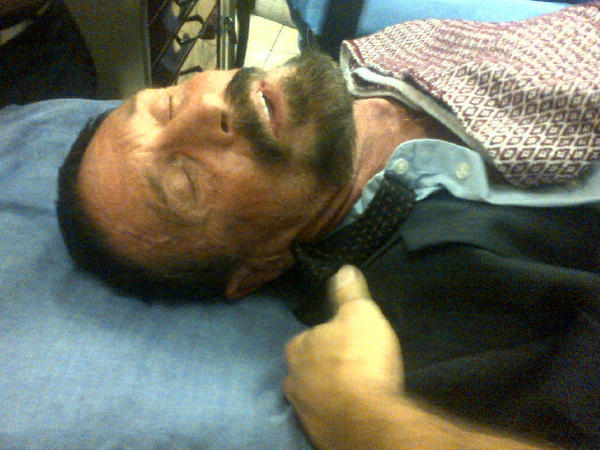 John McAfee has been hospitalized in Guatemala to treat a possible heart attack, according to ABC’s Matt Gutman. McAfee was detained by Guatemala’s National Civil Police on Wednesday for entering the country illegally. John McAfee retained counsel and requested asylum, …

UPDATE: Many sites have pointed out that Vice Magazine, which is accompanying John McAfee as he runs away from Belizean law enforcement, seems to have accidentally revealed his location taken by an accompanying reporter. Based on the location data in the photo's metadata (EXIF), at least at the time of that photo, he was in Guatemala, just over the border from Belize. For what it's worth, McAfee now claims that the Guatemala GPS location was fake, too. In any case for all folks who want a little more privacy with their photos, here's some tips from Lifehacker. Still, McAfee adds: "I do not believe that Vice will remain with me further. Again, my apologies."

A few weeks ago, founder of McAfee Security John McAfee (he no longer has any connection to the company), was named by Belizean authorities as a “person of interest” in the murder of another American expatriate also living in the Central American country. Since then, McAfee has been on the lam, somehow managing to evade authorities in a country with 300,000 residents living in an area slightly smaller than Massachusetts.

After rumors of his arrest on his own website over the weekend, McAfee now reports that he is “safe" and outside of Belize for the moment, but he plans on returning.