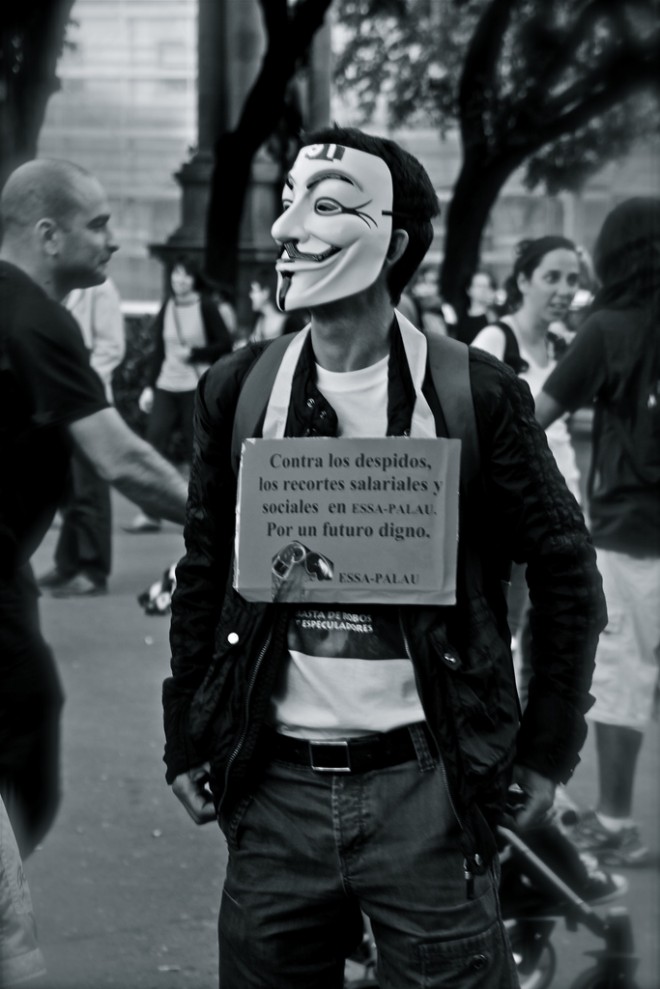 Police in four nations arrested 25 alleged participants in the Anonymous collective Tuesday for attacks against websites in Columbia and Chile dating from the middle of 2011.

Officers in Argentina, Chile, Colombia and Spain worked together in “Operation Unmask,” seizing 250 pieces of equipment, including phones, during searches of 40 locations in 15 cities, according to INTERPOL. The arrestees were between the ages of 17 and 40, but their names and locations were not released.

“This operation shows that crime in the virtual world does have real consequences for those involved, and that the Internet cannot be seen as a safe haven for criminal activity, no matter where it originates or where it is targeted,” said Bernd Rossbach, Acting INTERPOL Executive Director of Police Services, in the INTERPOL release.

The arrests come as Anonymous has become a powerful online force. On Monday, WikiLeaks sprang back to life, publishing e-mails from a controversial private intelligence firm known as Stratfor that were obtained by Anonymous hackers. Anonymous’ recent activities have ranged from coordinating protests against ACTA in Europe and supporting the Arab Spring with online logistics to conducting regularly scheduled Friday hacks intended to embarrass law enforcement and corporations.

The interpol.int website was down for some time Tuesday, after a prominent Spanish language account associated with Anonymous called for a DDoS attack on the site on Twitter. Another Anonymous account declared “Tango Down,” the anon term signaling a website has been taken offline, at 5:43 p.m. EST. As of the time of this writing, the INTERPOL website is responding again, but slowly.

Spanish police traced back IP addresses from server logs, leading to 10 suspects in Argentina, six in Chile and five in Colombia, responsible for defacement of websites and publishing confidential data, including the personal data of the security detail of unnamed top officials, according to Agence France Presse.

Others who have participated in Anonymous DDoS protests and some accused of real hacking have been arrested and prosecuted in the U.S. and internationally. However, the arrests have not, at least so far, had any outward effects on the Anonymous movement.