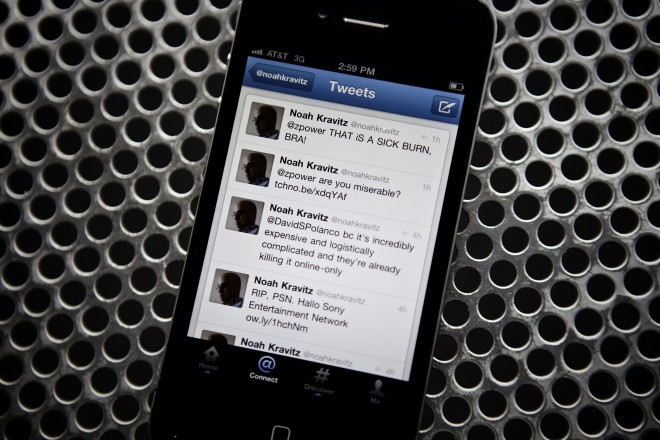 A lawsuit brought by South Carolina-based PhoneDog Media, a mobile-phone review site, raises a novel legal issue asking the simple question: Who owns an account’s Twitter followers, the employee or employer? For the moment, it looks like the employer does.

The PhoneDog website sued a former blogger, Noah Kravitz of Oakland, California, alleging that when Kravitz resigned in 2010 he took the company’s more than 17,000 followers with him to a new job at TechnoBuffalo, a PhoneDog competitor. The lawsuit accuses Kravitz of changing his username from @PhoneDog_Noah to @noahkravitz.

The suit claims Kravitz is on the hook for $340,000, computed by PhoneDog as $2.50 a follower per month over eight months. PhoneDog says it provided Kravitz with the original Twitter username. The company says its staff is given Twitter handles in the pattern of @PhoneDog_(name).

“As a direct and proximate result of defendant’s wrongful acts, PhoneDog has suffered damage to its business by way of lost advertising revenue,” according to PhoneDog’s suit (.pdf) against Kravitz in San Francisco federal court.

The suit adds that, because of Kravitz’s alleged misconduct, “there is decreased traffic to [the] website through the account, which in turn decreases the number of website pageviews and discourages advertisers from paying for ad inventory on PhoneDog’s website.”

San Francisco U.S. Magistrate Maria-Elena James ruled (.pdf) last week that PhoneDog’s lawsuit could go forward, deciding that the alleged harm “between PhoneDog and its current and prospective advertisers” is enough for the lawsuit to proceed.

Kravitz’s attorney did not immediately respond for comment, but told The Associated Press that “PhoneDog will be unable to prove its allegations against Mr. Kravitz.”

In a blog post, he wrote: “It takes both sides to compromise in order to settle their differences, and while I can’t speak for Noah, I can assure you that we are looking to find a fair and reasonable solution. Noah has the ability to stop the legal nonsense and move on; it’s his choice.”

No new hearing date has been set.