Alexandria 2.0: One Millionaire’s Quest to Build the Biggest Library on Earth 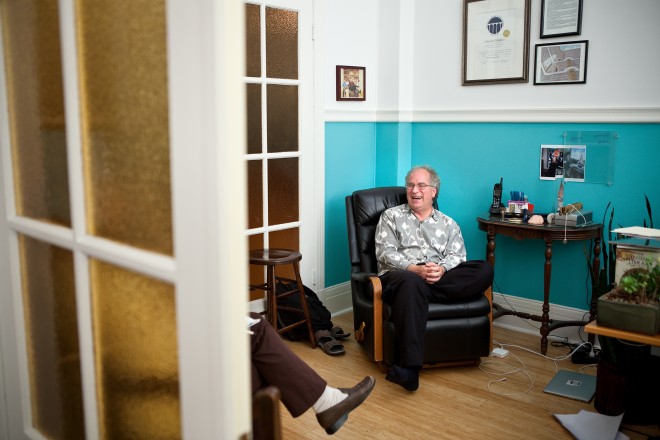 Here’s the problem with libraries. They catch on fire really easily. As such, they were the prized targets of the invading hordes of antiquity – the model collections of knowledge of their times, whose only fault was their inherent flammability. They were one-man, one-torch jobs. But the hordes didn’t prize the library only for how powerfully it burned. Back in those days, if you wanted to kill a culture, you killed its library. All it took was one chucklehead with a flaming stick to annihilate thousands of years of accumulated knowledge. And it happened often.

“If this is what happens to libraries, make copies,” says Brewster Kahle.

And it’s Kahle’s impulse to copy and preserve that prompted the Internet Society to induct the serial entrepreneur and digital archivist into the Internet Hall of Fame on April 23 in its inaugural year.

Kahle took the library of libraries — the internet — and made a couple of copies of it, and keeps making copies. One he keeps in servers in San Francisco, the other in mirror servers in Alexandria, where the world’s most famous library burned 2,000 years ago. (His data survived the Egyptian revolution unscathed.)

It’s just one arm of Kahle’s ambitious goal to provide the world with universal access to all knowledge.

His vehicle is the Internet Archive, a nonprofit organization Kahle founded in 1996, the same year he started analytics firm Alexa Internet, a pioneer in collaborative filtering, which he sold in 1999 to Amazon for $250 million.

Or, more aptly, the internet won the internet lottery. Since selling Alexa, Kahle has grown the Internet Archive, which he refers to as Alexandria 2.0, into a massive digital repository that has not only made copies of the internet, but has made available 200,000 e-books (and digitizes 1,000 more each day), 100,000 concert recordings, and some 700,000 films.

All are available online for free.

The quest pitted him against the lords of copyright and their swarming lawyers, against internet giants like Google, and against the prevailing wisdom that information must have an owner — and a price.