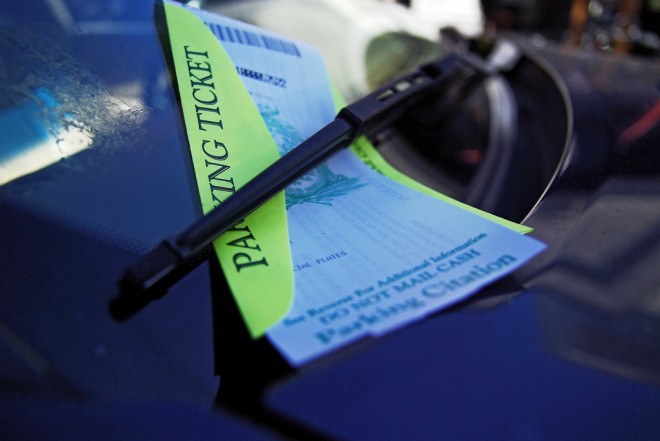 A federal appeals court is reinstating a class-action privacy suit, ruling that police departments who put too much private data on parking citations are violating U.S. privacy law.

The case dates to 2010, when a cited motorist sued Palatine Village, alleging the disclosure of his identity was a breach of the Driver’s Privacy Protection Act of 1994. Congress adopted the privacy legislation in response to the death of actress Rebecca Schaeffer. She was killed by a stalker who had obtained her unlisted home address through the California DMV.

The appeals court, ruling 7-4 Monday, said it didn’t matter whether passersby even looked at the ticket to acquire personal data. The majority opinion, (.pdf) by Judge Kenneth Ripple, added that the citations could be a boon for stalkers. (Interestingly enough, the majority did not mention any online privacy issues.)

“There are very real safety and security concerns at stake here. For example, an individual seeking to stalk or rape can go down a street where overnight parking is banned and collect the home address and personal information of women whose vehicles have been tagged. He can ascertain the name, exact address including the apartment number and even other information such as sex, age, height and weight pertinent to his nefarious intent,” Ripple wrote.

In a blistering dissent, Judge Richard Posner of the Chicago-based appellate court mocked the majority.

Palatine’s printing of drivers’ names and addresses on parking tickets that are then placed on violators’ windshields does not encourage or facilitate stalking. Only with difficulty can one imagine a stalker who, noticing a woman he’d like to stalk, get into her car and drive off, follows her and when she parks lurks behind her car in the hope that it will be ticketed and that if that happens he’ll be able without being observed to peek at the ticket and discover the owner’s name and address. Has this ever happened? Stalkers are not the only invaders of privacy, but who are the non-stalkers who peek at tickets on windshields and write down the information they find there? Are there any such?

The court’s decision, Posner said, could be costly for the city. He noted that the law allows for damages of up to $2,500 per violation. At 32,000 citations issued the past four years, that equals $80 million the city might be on the hook for, he said.

Before the case reached the appellate court, U.S. District Judge Matthew Kennelly ruled that the parking ticket did not constitute a disclosure under federal law. “What the statute is talking about is what people would commonly call a disclosure, which is turning something over to somebody else,” Kennelly said.