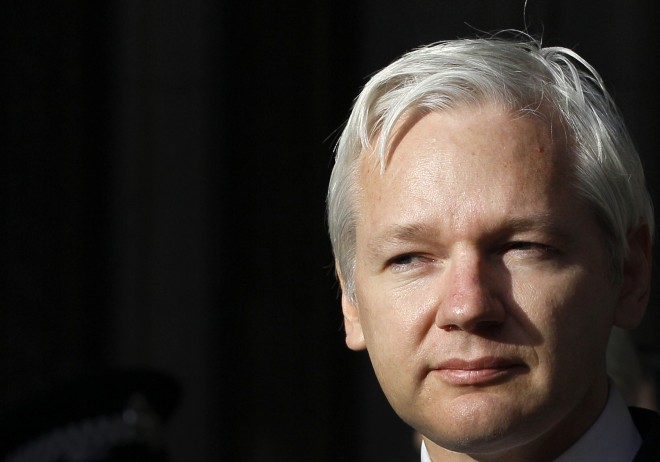 After weeks with his fate hanging in the balance, WikiLeaks founder Julian Assange is about to be formally granted asylum in Ecuador, according to a news report.

Ecuadorean president Rafael Correa has agreed to give the WikiLeaks founder asylum, according to an official in Quito who spoke with the Guardian newspaper.

Unnamed government officials in Quito told the British newspaper that Assange had in fact been given an offer of asylum by Ecuador months ago, and that the offer had followed confidential negotiations between Ecuador and senior London embassy staff. But according to one Ecuadorean source, the British government “discouraged the idea” of offering Asssange asylum, and the Swedish government also was “not very collaborative”.

It remains unclear at this point, however, if the asylum grant is actually a done deal. In the wake of the report from the Guardian, the Ecuadorean newspaper El Telegrafo is reporting that President Correa has denied making a final decision yet. And the official twitter feed of President Correa has called the Guardian report a false rumor and said he is waiting for additional information before making a final decision on Assange’s asylum request.

Correa did say on public television earlier this week that he would be announcing his decision before the end of this week, so it’s possible he is denying a decision has been made now because his government was caught off guard while making other preparations for the announcement.

Assange fled to the Ecuadorean embassy on June 19, just as the deadline was approaching for him to turn himself over to authorities to begin extradition proceedings to Sweden, where he faces questioning on sex-crimes allegations. He’s been sequestered in the embassy ever since awaiting the decision of the Ecuadorean government.

Even with a grant of asylum, however, it remains to be seen how Assange will manage to leave London without being arrested by U.K. police who have staked out the Ecuadorean embassy for weeks while Assange has been holed up there. He faces arrest for breach of bail if he leaves the Ecuadorian embassy, so passage for him out of England, under diplomatic cover, would have to be negotiated with U.K. authorities.

As part of his bail conditions, granted by the High Court in December 2010, Assange was required to remain at his bail address between 10 p.m. and 8 a.m. each night, which he violated from the night he sought asylum at the embassy.

Metropolitan police have been stationed outside the embassy, waiting to arrest Assange if he left the premises. They have authority to stop any vehicle or helicopter he might travel in to get out of the country.

An Ecuadorean source told the Guardian that the Latin American government sees Assange’s request “as a humanitarian issue.”

“The contact between the Ecuadorean government and WikiLeaks goes back to May 2011, when we became the first country to see the leaked US embassy cables completely declassified,” he told the newspaper. “It is clear that when Julian entered the embassy there was already some sort of deal. We see in his work a parallel with our struggle for national sovereignty and the democratisation of international relations.”

Assange, in seeking asylum, asserted that Australia, his native country, appeared to have no plans to protect him, which put him in a state of “helplessness,” according to a statement that statement from Ecuador’s foreign ministry made at the time of his request.

Swedish authorities have said Assange would be imprisoned as soon as he arrived in that country and would have a court hearing four days after extradition from the United Kingdom to determine if he would have to remain in custody.

Assange was ordered to return to Sweden to face the allegations after the U.K. Supreme Court rejected a bid to re-open his appeal case there. The judges gave him a two-week reprieve before extradition proceedings would begin, saving him from being immediately ejected from the country. But this gave him time to hatch his plot to request asylum.