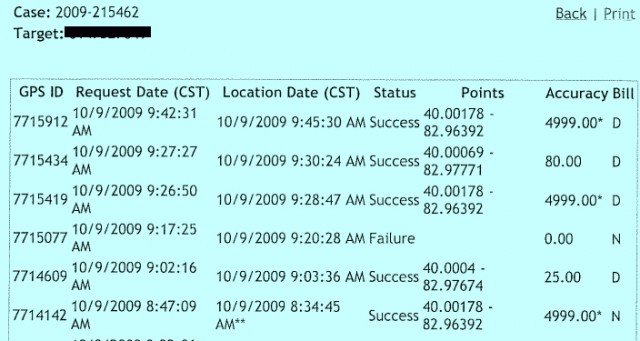 California lawmakers have approved legislation that would require the state’s authorities to get a probable-cause warrant signed by a judge to obtain location information from electronic devices such as tablets, mobile phones to laptops.

The measure, sponsored by Sen. Mark Leno (D-San Francisco), passed the Senate in May and the Assembly approved the plan late Wednesday.

The Assembly added in language that, if there is insufficient time to obtain a warrant due to a threat of serious danger or bodily harm — for example in the case of a missing child — no warrant is required.

Procedurally, the bill must again be approved by the Senate to work out those wording changes, which is expected to happen as early as this week or next.

Gov. Jerry Brown, a Democrat, vetoed last year a measure requiring police officers to obtain a warrant before searching someone’s cellphone after being arrested. Brown’s office hasn’t made any official announcement about where he stands on the bill.

The new legislative package is intended to clear up the legal mess surrounding police acquiring location information. Sometimes warrants are required and sometimes the signature of a law enforcement officer is all that is needed to obtain sensitive data of somebody’s whereabouts.

If signed into law, it is believed that the measure would be the country’s most citizen-friendly locational-privacy statute.

“In order to ensure personal privacy, our laws must keep pace with the technological advances of smart phones and other electronic gadgets, which contain sensitive information about our daily lives,” Leno said. “This bill strikes a perfect balance, safeguarding Californians against improper government intrusion while ensuring that law enforcement officials can utilize this technology when necessary to protect public safety.”

“We’re hopeful the governor is going to pass it,” said Hanni Fakhoury, an attorney with the Electronic Frontier Foundation, which lobbied for the measure.

The legislation stems from a U.S. Supreme Court decision in January, when the high court ruled that, in most instances, federal authorities need a warrant to affix a GPS tracking device to a vehicle and monitor it. However, the majority did not reach the question of whether Americans had a privacy right in data about their location, and instead ruled that the physical act of placing the device on a vehicle was a trespass and amounted to a search.

In April, the nation’s major cellphone companies objected to Leno’s bill because it would have forced them to publicly report the number of times they turn over cellphone location information to police and federal agents. They argued that it would be too burdensome, and would take time away from the important work of sharing customer data with cops “day and night.”