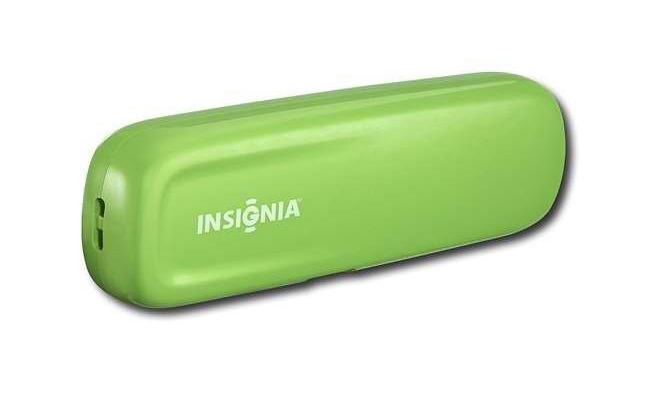 The Little Buddy GPS tracker made by Insignia is marketed as a surveillance tool to keep track of your children. But it’s part of the featured evidence in a murder trial in North Carolina. Image: Courtesy Insignia

A North Carolina man is facing first-degree murder charges after allegedly using a GPS tracker to follow his estranged wife to the home of a man he then shot.

According to testimony provided by investigators in the case, Raul Contreres purchased a Little Buddy GPS tracker at a Best Buy on July 17, 2010, two days before the murder. A friend of Contreres testified that Contreres said he wanted to place the device in his daughter’s backpack in case she got lost, according to the Times-News in North Carolina. 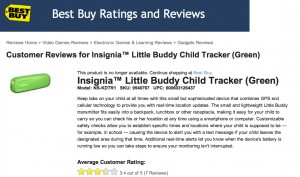 Because Contreres didn’t own a computer, he and the friend visited an AT&T store the day the device was purchased to make certain that Contreres would be able to track the movement of the Little Buddy device from his mobile phone.

The day of the murder, the friend testified, Contreres called him saying he was having trouble logging into his tracking account on his phone. By the time the friend called Contreres back, the latter said he’d succeeded getting into the account. Two hours after the phone call, Contreres allegedly shot David Wayne Smith in the garage of Smith’s house.

Investigators say they found a Little Buddy tracking device taped inside a recess in the trunk of the car of Contreras’s wife, from whom he’d been separated for several months. They allege he used the device to track her to Smith’s house the night of the murder, then shot his romantic rival.

The use of GPS trackers by private citizens is growing, but there are currently no laws or regulations governing how they can be used.

The U.S. Supreme Court took up a case last year involving law enforcement’s use of GPS trackers to monitor the movement of suspects, which raised numerous questions about how the use of the devices by the FBI and other agencies affects the privacy rights of individuals being tracked.

But the case never addressed the growing use of GPS trackers by private citizens to track each other.

The use of GPS trackers for commercial use has widened in recent years as more devices have become available. Companies have increasingly been marketing them to parents for use in tracking young children out of safety concerns. But the devices can easily be used to spy on someone other than a minor child in order to track their movements surreptitiously, in the manner that Contreres is alleged to have done.