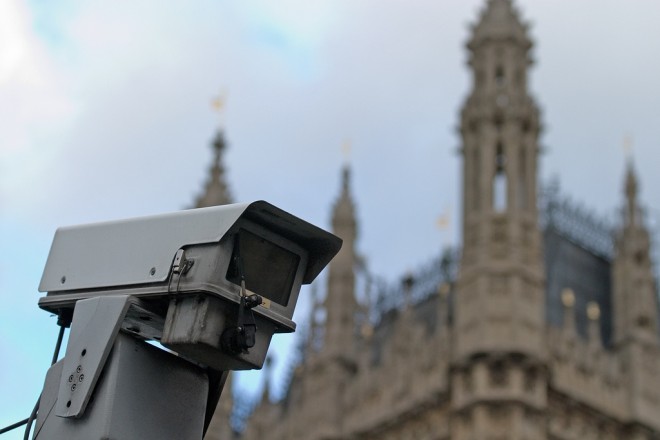 An operator responsible for monitoring surveillance footage for the town of Shrewsbury in the U.K. has been arrested after authorities discovered that he downloaded footage of a young couple caught by the cameras having sex in the town center.

Catherine Hughes and Kevin Naylor were evidently so charged up over England’s June match against France in the Euro 2012 game (which ended in a tie), that they decided to have sex in the street in downtown Shrewsbury, according to the Mirror.

The couple must not have heard that U.K. streets are blanketed with thousands of closed-circuit surveillance cameras (CCTVs). Or maybe they were just too drunk to care – authorities say the couple spent nearly $200 on alcohol the night of their 1 a.m. street performance. The two were caught on camera having sex just yards from their home.

CCTV operators in the town center alerted the police, who arrested the embarrassed couple. But the incident didn’t end there. One of the operators in the CCTV monitoring center, an unnamed man in his 40s, allegedly downloaded the footage to his mobile phone and shared it “inappropriately.” The man has been suspended from his duties for possible violation of the Data Protection Act and is currently on bail.

Naylor himself was charged with drunk and disorderly conduct and given a nine-month “conditional discharge,” according to the Mirror. Hughes was also charged, but was let off with a warning.