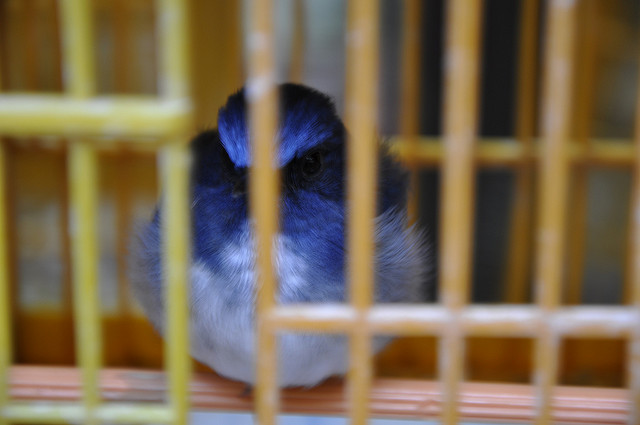 Twitter has three days to turn over user data related to an Occupy Wall Street protester or face monetary sanctions from a New York Court.

New York State Supreme Court Judge Matthew A. Sciarrino Jr. ruled in Manhattan on Tuesday that Twitter must give federal prosecutors the information they are seeking related to accounts they believe belong to Malcolm Harris, who was arrested last October during a protest at the Brooklyn Bridge.

The court ordered Twitter to release the data or hand over its confidential earnings statements from the last two quarters so the court can determine how much of a fine to levy against the company. Twitter has until Sept. 14 to produce the data, according to Bloomberg.

“I can’t put Twitter or the little blue bird in jail,” Sciarrino reportedly said in court, “so the only way to punish is monetarily.”

The social media giant filed an appeal in late August asking the New York appeals court to reconsider Sciarrino’s earlier rulings ordering it to give the government tweets and account information on two Twitter accounts believed to have been used by Harris. Three days ago, Sciarrino denied Twitter’s request to stay the order until the appeals court ruled on it.

Sciarrino initially ruled that Twitter had to hand over the data, even though the government did not obtain a warrant to get it. The lower court had also denied Harris the right to challenge the government request for data on his own, which Twitter asked the appeals court to reconsider.

In its appeal (.pdf), Twitter wrote that Harris’ tweets are protected by the Fourth Amendment “because the government admits that it cannot publicly access them, thus establishing that Defendant maintains a reasonable expectation of privacy in his communications.” The Twitter accounts in question have been closed and are no longer publicly available.

Prosecutors used a 2703(d) order to request Harris’ information, which allows them to obtain data without a warrant. More powerful than a subpoena, but not as strong as a search warrant, a 2703(d) order is supposed to be issued when prosecutors provide a judge with “specific and articulable facts” that show the information they seek is relevant and material to a criminal investigation. The people targeted in the records demand, however, don’t have to themselves be suspected of criminal wrongdoing.

Authorities said they wanted Harris’ tweets “to refute the defendant’s anticipated defense, that the police either led or escorted the defendant into stepping onto the roadway of the Brooklyn Bridge.”

Twitter had moved to quash the government’s 2703 orders, but in July,  Judge Sciarrino ordered Twitter to release the tweets and account information, ruling that Harris had no expectation of privacy in tweets that were published.

Authorities did not ask Twitter to hand over Harris’ private direct messages.