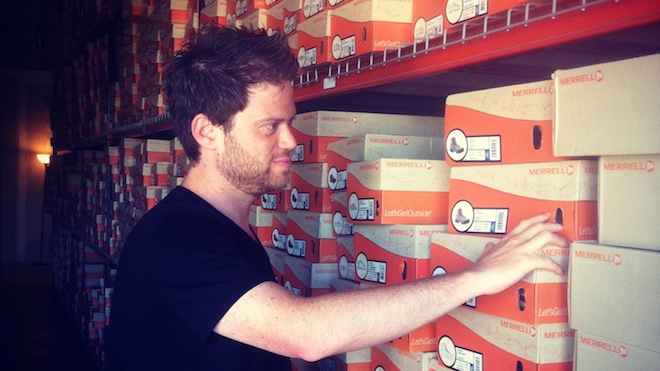 These days when there’s trouble on the internet, there’s usually someone at the ready to jump up and take (or assign) blame for whatever went wrong, nevermind the facts. It can mean free publicity for your cause — whether it’s killing laws like SOPA or beefing up the federal budget for cyber security.

Sometimes it doesn’t take much more than a tweet and a Pastebin post to get a serious amount of free publicity. So in the spirit of yesterday’s GoDaddy incident where a random Twitter handle claimed to have downed the hosting giant, here are five great hacks that never happened — despite what you might have learned from the media.

With millions of customers feeling the pain of downtime, the DDoS attack on GoDaddy.com made the internet service provider’s onetime support of SOPA a conversation topic from coast to coast.

GoDaddy’s DNS went out of commission for about six hours, starting at 10 a.m. Pacific Monday. With no way for computers on the internet to look up GoDaddy’s customers, e-mail and websites went down.

Take for instance the online retailer RunningShoes.com. The outage cost the company somewhere between $10,000 and $20,0000, says CEO Chad Weinman. “It’s devastating. We’re absolutely dependent on that site for our revenue,” he says.

On Twitter, the culprit soon reared his ugly head. A hacker named Anonymous Own3r (the self-proclaimed “Security leader of #Anonymous,” thank you very much) had taken GoDaddy down with a withering distributed denial of service attack, so stealthy that security companies could find no trace of it on the internet.

The Huffington Post quickly connected the dots, clued in by an Anonymous source. “This is a warning shot,” the HuffPo wrote.

A warning shot that was muffled somewhat the next day when GoDaddy, embarrassingly, admitted that it had screwed up its DNS routing tables. The hacker’s proof that he had stolen proprietary GoDaddy source code? A simple Google search showed it was open source.

As Justin Bieber and cat lovers know, there is nothing that can silence the Twitterverse. Nothing except for a cunning hacker, that is.

And that’s who stepped gracefully into the news cycle on June 21 this year when Twitter went down for an awful 40 minutes.

When the perp stepped forward, it was the UGNazi crew who had previously DDoSed the NASDAQ and the CIA.

“We just #TangoDown’d http://twitter.com for 40 minutes worldwide!,” wrote Cosmo, the 15 year-old hacker god who lives with his mom in Long Beach, California.

UGNazi was soon getting mad press in outlets such as the Telegraph, Mashable, and Slate.

But the press bubble was popped the next day when Twitter admitted that its own admins had somehow torpedoed the site.

“This wasn’t due to a hack or our new office or Euro 2012 or GIF avatars, as some have speculated today,” Twitter reported on its company blog. The culprit: a “cascading bug.” That’s Twitter-speak for “everything went wrong all at once.”

It was the greatest Anonymous operation of all. A systematic campaign of terror against the Man. Every Friday, the Antisec wing of Anonymous would drop a treasure trove of documents, shining a merciless light on the secret plans of law enforcement, government agencies and big corporations around the world.

The pump was primed and the dox were about to flow. The dumps would happen every Friday, and Antisec had already loaded up enough inventory to fill five months of Fuck the FBI Fridays. “Yes, each and every Friday we will be launching attacks,” the Antisec member told Wired, “with the specific purpose of wiping as many corrupt corporate and government systems off our internet.”

There was only one snag. Less than two weeks later, law enforcement swooped in and arrested 25 alleged Anonymous members. After that, Fuck the FBI Friday simply folded.

Do you remember where you were when 60 Minutes ran its chilling November 2009 report on cybersecurity? One of the bombshell revelations in the report was news that hackers had broken into the local power grid in September 2007, leaving more than 3 million people in the dark in the state of Espirito Santo.

This was the perfect storm that cyberwar hawks had been dreaming of. An attack on computers that took out physical infrastructure.

60 Minutes‘ report was a little light on sourcing. In fact, it didn’t name a single one of its “half-dozen” intelligence community sources behind the allegation.

A quick check with Brazilian regulators cleared things up, though. Shortly after the report aired, Wired reviewed reports on the incident written by Brazil’s independent systems operator group and the National Agency for Electric Energy.

The source of the outage? Soot on the insulators.

The Target: The internet’s 13 root servers

It was a brilliant plan, but in retrospect the timing of the attack may have been a clue.

In an anonymous Pastebin post, Operation Global Blackout pledged to use a genuinely scary attack — known as DNS amplification to take out the root servers that serve as the authoritative sources linking up internet protocol addresses to human-readable domain name system addresses such as Wired.com.

“By cutting these off the Internet, nobody will be able to perform a domain name lookup, thus,” the Global Blackouters said. “Anybody entering ‘http://www.google.com’ or ANY other url, will get an error page, thus, they will think the Internet is down.”

Anonymous operatives quickly distanced themselves from the event, which came and went like a bad joke.

Know any #vaporhacks we missed? Drop them in the comments.