All Three Branches Agree: Big Brother Is the New Normal 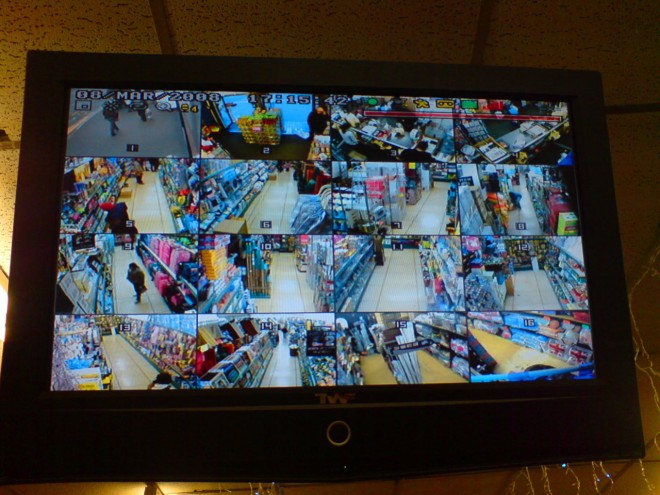 Despite Hurricane Sandy, the Supreme Court on Monday entertained oral arguments on whether it should halt a legal challenge to a once-secret warrantless surveillance program targeting Americans’ communications, a program that Congress eventually legalized in 2008.

The hearing marked the first time the Supreme Court has reviewed any case touching on the eavesdropping program that was secretly employed by the President George W. Bush administration in the wake of the Sept. 11, 2001 terror attacks, and largely codified into law years later.

Just three weeks ago that the Supreme Court closed a six-year-old chapter in the Electronic Frontier Foundation’s bid to hold the nation’s telecoms liable for allegedly providing the National Security Agency with backdoors to eavesdrop, without warrants, on Americans’ electronic communications in violation of federal law. The justices, without comment, declined to review a lower court’s December decision dismissing the EFF’s lawsuit. At the center of the dispute was legislation retroactively immunizing the telcos from being sued for cooperating with the government in Bush’s warrantless spy program.

Fast forward to Monday, and the court took the historic step of hearing a post-September 11 spying case. Judging by the high court’s deference to Congress in general and how it killed the EFF spy case weeks ago, we likely already know the outcome of this highly complex issue now before the justices: Warrantless spying is expected to continue unabated for years, and possibly forever.

University of Baltimore legal scholar Garrett Epps in a Sunday blog post in the Atlantic asked in a headline whether “Big Brother is the New Normal?” His own affirmative answer is spot-on:

“Whatever the court decides, Big Brother will still be watching. Big Brother may be watching you right now, and you may never know,” he said. “Since 9/11, our national life has changed forever. Surveillance is the new normal.”

Let’s start with summarizing the legal issue before that Supreme Court.

The same law that immunized the telcos is before the justices. This time, however, another section of the FISA Amendments Act (.pdf) is at issue. The act, subject to a challenge by the American Civil Liberties Union and others, authorizes the government to electronically eavesdrop on Americans’ phone calls and e-mails without a probable-cause warrant so long as one of the parties to the communication is believed to be outside the United States. Communications may be intercepted “to acquire foreign intelligence information.”

The FISA Amendments Act generally requires the Foreign Intelligence Surveillance Act Court, a secret tribunal set up in the wake of President Richard M. Nixon-era eavesdropping, to rubber-stamp terror-related electronic surveillance requests. The government does not have to identify the target or facility to be monitored. It can begin surveillance a week before making the request, and the surveillance can continue during the appeals process if, in a rare case, the secret FISA court rejects the surveillance application.

Yet none of these details are even before the Supreme Court.

Instead, the fight is about something much simpler.

The Obama administration argues that the ACLU and a host of other groups don’t have the legal standing to even bring a challenge.

A lower court agreed, ruling the ACLU, Amnesty International, Global Fund for Women, Global Rights, Human Rights Watch, International Criminal Defence Attorneys Association, The Nation magazine, PEN American Center, Service Employees International Union and other plaintiffs did not have standing to bring the case because they could not demonstrate that they were subject to the eavesdropping.

The groups appealed to the 2nd U.S. Circuit Court of Appeals, arguing that they often work with overseas dissidents who might be targets of the National Security Agency program. Instead of speaking with those people on the phone or through e-mails, the groups asserted that they have had to make expensive overseas trips in a bid to maintain attorney-client confidentiality. The plaintiffs, some of them journalists, also claim the 2008 legislation chills their speech, and violates their Fourth Amendment privacy rights.

That’s what this case before the justices is all about, whether a lawsuit can be brought at all. The courts are years away, if ever, of entertaining the constitutional merits of the law in question. So the spying will continue unabated no matter how the Supreme Court decides Monday’s arguments.

The government’s argument can be reduced to this scary proposition: You can’t sue us for secretly spying on you because there’s no way for you to prove it. Case closed.

Now the thing is, the spying law expires at the end of the year, if Congress fails to re-authorize it.

But that’s not going to happen.