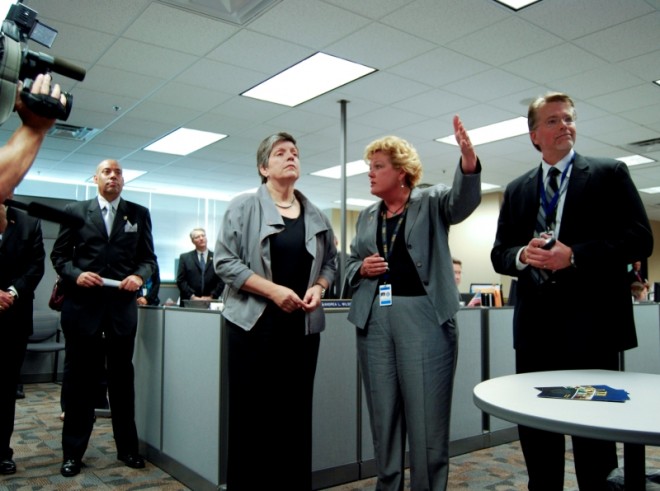 They’re supposed to be “one of the centerpieces of our counterterrorism strategy,” according to Janet Napolitano, the Secretary of the Department of Homeland Security. In practice, not so much.

The Senate’s bipartisan Permanent Subcommittee on Investigations found no evidence that DHS’ 70-plus fusion centers — places where state, local and federal law enforcement analyze and share information — uncovered a single terrorist threat between April 1, 2009 and April 30, 2010. Terrorism is thankfully rare within the United States. But during that time, the FBI discovered would-be New York subway attacker Najibullah Zazi; U.S. Army Major Nidal Malik Hasan killed 13 people at Fort Hood; Umar Farouk Abdulmutallab tried to blow up a Detroit-bound airplane; and, in early May 2010, Faisal Shahzad attempted to detonate an SUV in Times Square. DHS has praised the fusion centers’ work in helping on the Zazi and Shahzad cases. The Senate found fusion centers played little, if any, role in either case.

“Nor,” the Senate panel writes in its just-released report, analyzing more than 80,000 fusion center documents, “could [the inquiry] identify a contribution such fusion center reporting made to disrupt an active terrorist plot.” Unnamed DHS officials told the panel the fusion centers produce “predominantly useless information” and “a bunch of crap.” An internal 2010 assessment, which DHS did not share with Congress, found that a third of all fusion centers don’t have defined procedures for sharing intelligence — “one of the prime reasons for their existence.” At least four fusion centers identified by DHS “do not exist,” the Senate found.