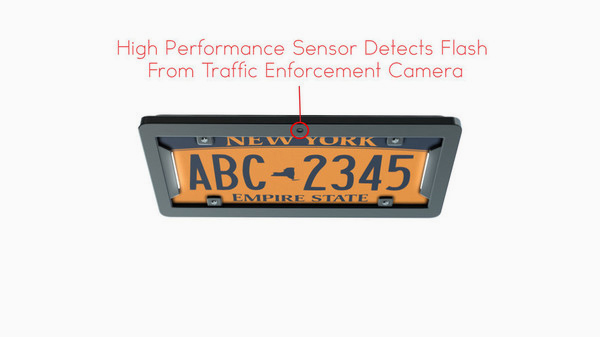 Traffic-light tickets have ticked off a gazillion drivers, some of whom have had to fork over $500 for running a light. Now there’s a way for you to throw a monkey wrench into that money-making machine.

Jonathan Dandrow has developed noPhoto, which renders the pix snapped by those revenue-generating robo-cams useless. The technology behind noPhoto is fairly simple. At the top of the gadget, which doubles as a license plate frame, there’s an optical flash trigger that detects the flash of the traffic-light camera. That trigger sets off one or both xenon flashes in the sides of the noPhoto, so when the traffic-light camera opens its shutter, there’s too much light and the picture of your license plate is overexposed. Big Brother can’t read your plate.